There’s more than meets the eye in this household.

John McNaughton, the director of the famous 1986 film Henry: Portrait of a Serial Killer, went to Fantasia Film Festival last year and screened his first new film since 2001, The Harvest. Now it’s finally being released, both at the IFC Center and on VOD, on April 10th.

Depicting an extremely overprotective mother, it got some great reviews last year. I for one am excited to finally see it myself.

Maryann (an impressive Natasha Calis) moves in with her grandparents after she’s orphaned. Desperately lonely, the preteen sets out to befriend a neighboring deathly ill, bed-ridden boy (Charlie Tahan), despite the outright disapproval of his mother (Samantha Morton). Maryann’s persistence pays off, however, and during a series of secret visits she gradually uncovers some seriously sinister goings-on in the house… 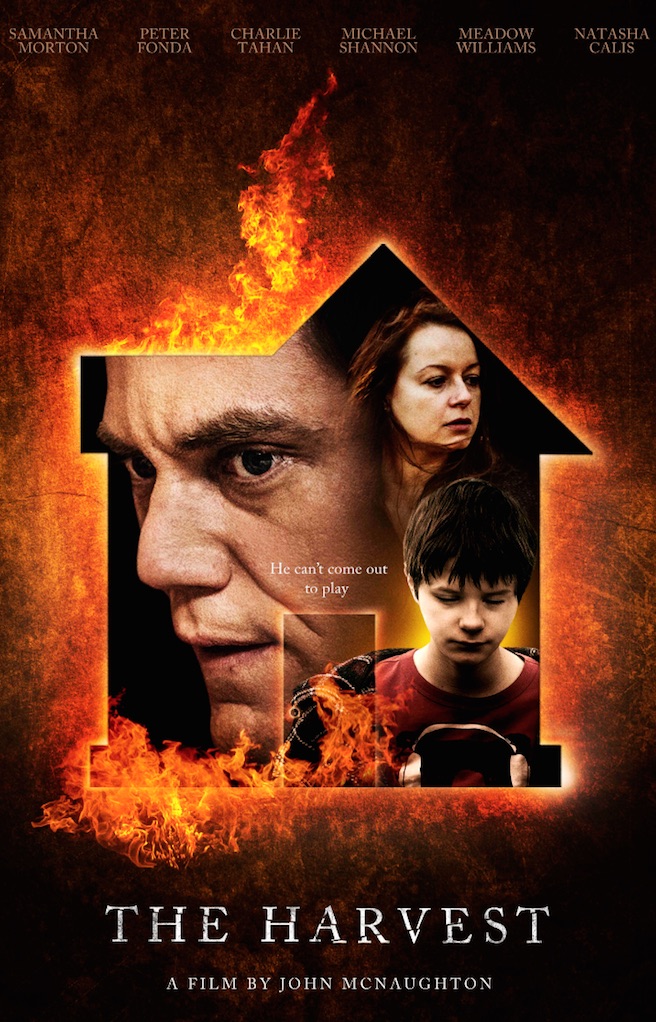