Never has a chainsaw sounded this good.

It isn’t the exact teaser we would like, but we’ll take it.

The first teaser for the highly anticipated Starz series, Ash vs Evil Dead, has finally hit the internet. It’s a 15 second clip of a title sequence and chainsaw revving up. No footage, no Bruce Campbell, just chainsaw sound effects. Who would have thought that horror heavy machinery would ever make you feel so empty? But hey, it’s just an early taste and we can’t wait to see a real trailer soon.

Announced earlier this year as the follow up to The Evil Dead Films,  Bruce Campbell will star as Ash, a middle aged man who has to finally face his demons when a plague threatens to destroy all of mankind. Joined by Ray Santiago as Pablo Simon Bolivar, Ash battles through PTSD and survivors guilt to try and save the world before it’s too late.

Ash vs Evil Dead begins filming this spring in New Zealand and is due to arrive on Starz this fall as a 10 episode half-hour series.

View the new promotional image and teaser below. 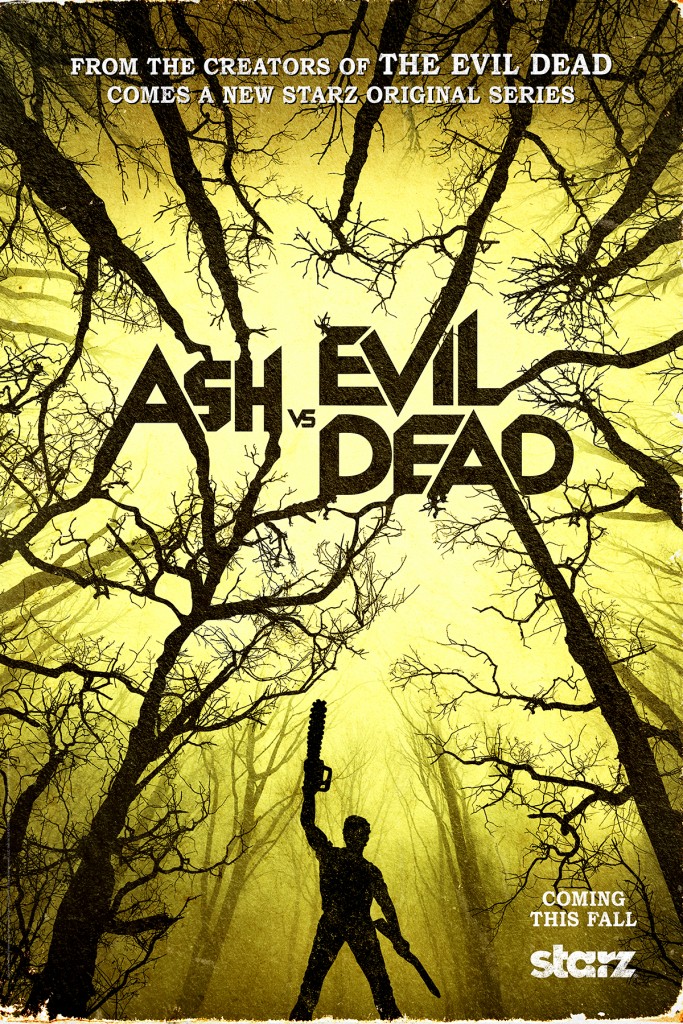