Into each generation, a Slayer is born.

Even though Buffy The Vampire Slayer is considered a horror show, its episodes are mostly not very scary. The writers always seemed more interested in snappy dialogue and clever plots than in genuine scares. But its monsters do play off of various anxieties the way horror monsters do. So in that sense, it is very much a horror show.

Anyway, this is a list of episodes that were abnormal. Here are the creepiest episodes of Buffy‘s seven seasons. 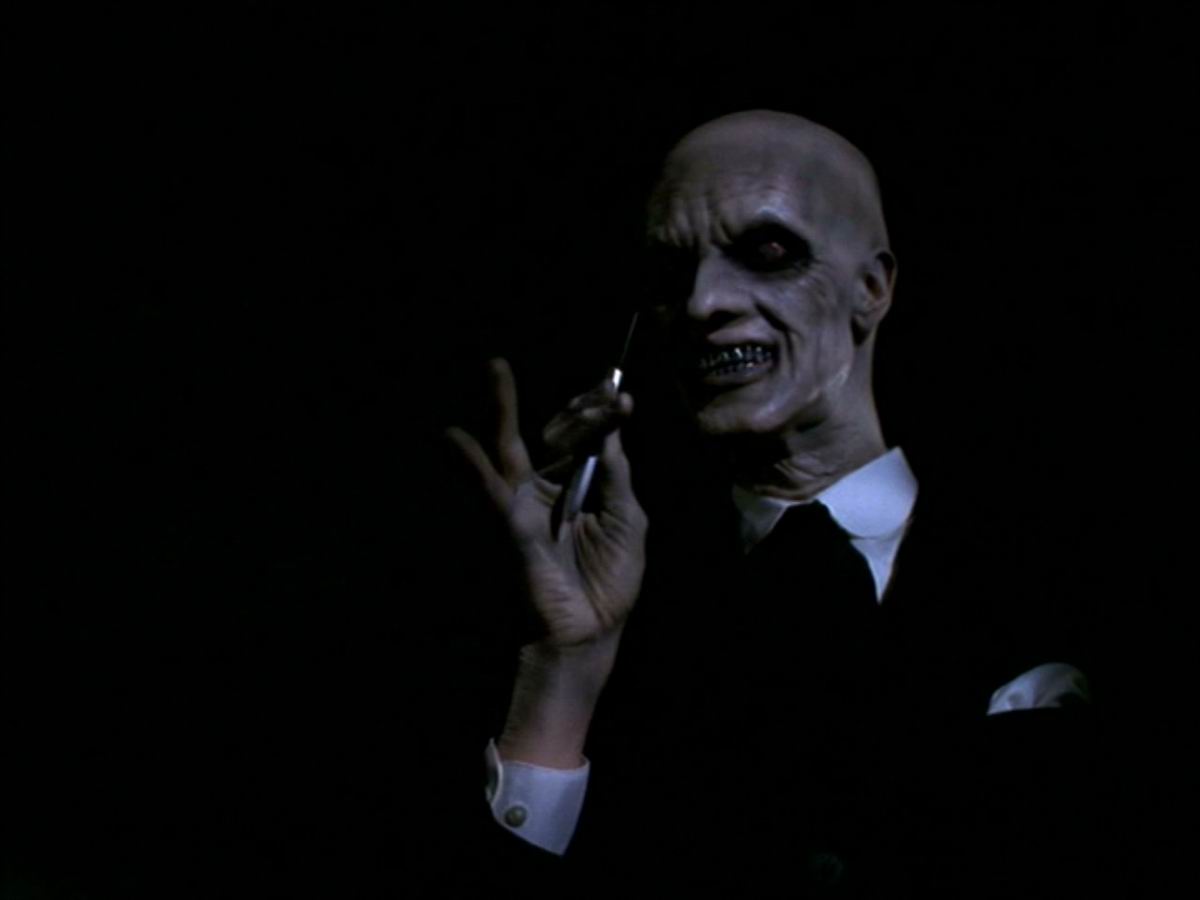 Why are the Gentlemen creepy? I guess it’s because they’re so strange. They take away your ability to speak and the characters can barely communicate about them at all, and that all makes them very vague. They walk-glide, have straight-jacketed creatures as servants, and have permanent grins plastered on their faces, but none of those things are explained. All we know is that they want hearts. The irrationality of it all, more than anything, is what’s scary.

Still, this episode is a tad overhyped in my opinion, since it’s pretty much the only episode of Buffy that ever got awards recognition. Everyone always points to this episode as “that scary one”, and I think that’s unfair. It’s not really scary, just kind of unsettling. 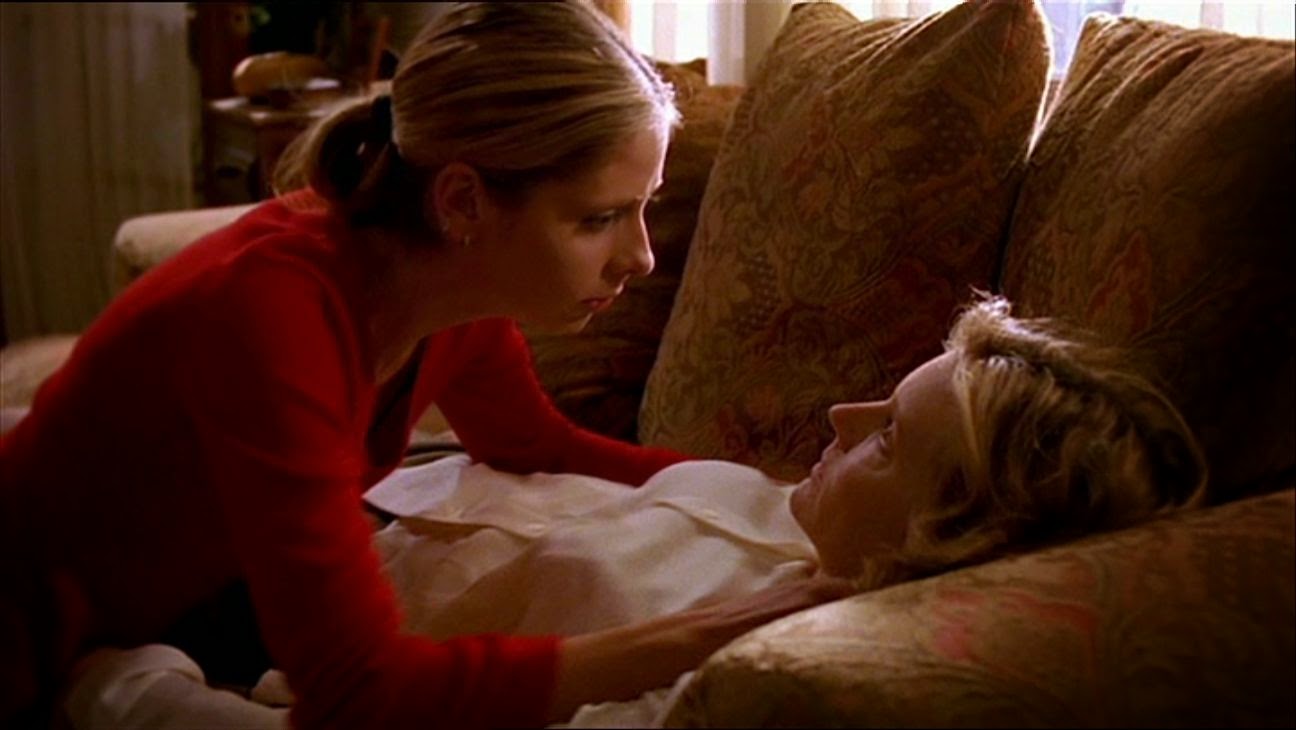 This is another famous episode – in my opinion this should be recognized as the greatest episode of TV, period, so the fact that it isn’t the most discussed Buffy episode is a travesty.

In a twist on the show’s format, there are no monsters – it’s just about Buffy discovering her mom’s dead body at home, and the immediate aftermath. As a depiction of grief, it works on many levels, and on one of those levels it’s a horror story. Buffy’s worst nightmare comes true, and there’s nothing she can do about it, nothing she can fight. She’s helpless. And it destroys her.

Buffy episodes pretty much always play on anxieties, and there’s no anxiety more universal than the death of a loved one. The episode’s hyperrealism only makes it that much more disturbing. 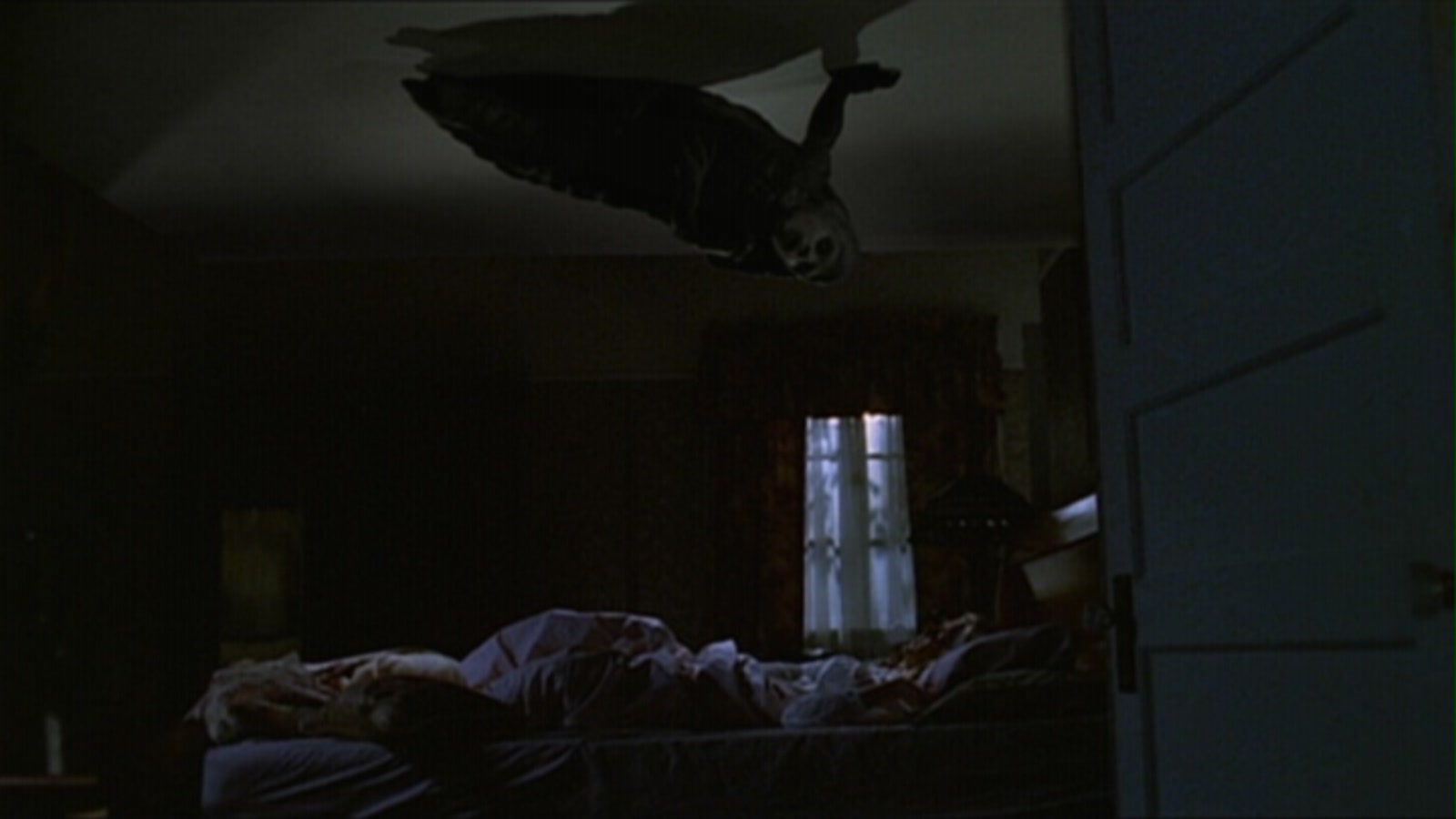 The Queller demon is summoned from space to attack “crazy people” with slime and kill them. It leaps from the walls and onto the victim’s face like a facehugger.

Actually, Alien is more or less what this episode is channelling. You have the alien stalking Joyce, unseen despite the setting (Buffy’s house) being super close-quarters. And there’s the scene where Joyce seems to be babbling incoherently in bed, but where it turns out that she’s talking to the Queller demon directly above her. That’s genuinely creepy stuff. 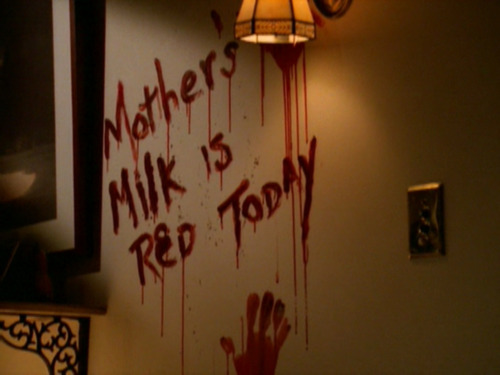 (First!Joyce, Willow, Warren makes Andrew kill Jonathan)
Okay, I’m noticing a pattern here – this is the third episode on this list involving Buffy’s mom. It makes sense, though – her death was a huge deal, especially for Buffy and Dawn.

This episode is split into several parts. One where Dawn confronts a malignant presence in the house that seems to be attacking Joyce’s spirit. That one is full of jump scares and creepy imagery. Another is Willow having a conversation with a girl who died in the previous episode. This one’s sweet, until she starts trying to goad her into committing suicide. And finally there’s Andrew being convinced by the ghost of Warren to sacrifice Jonathan as part of a blood ritual. All undeniably dark stuff. 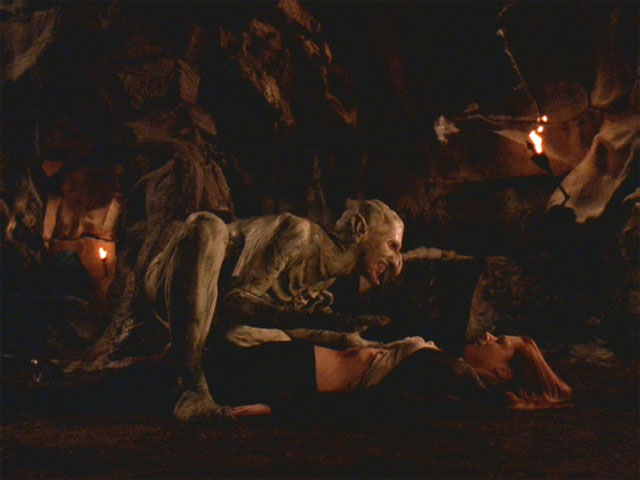 Gnarl is easily the creepiest monster of the show. It’s not just because he eats people – Buffy showed a lot of demons in its run, so a people-eating demon isn’t exactly special. It’s the fact that he eats their skin while they’re paralyzed, but conscious that’s so disturbing. He basically flays his victims alive. Flaying is about as gory as torture can get, and it happens to a main character on screen. We literally watch Gnarl eat strips of Willow’s skin on screen. That doesn’t even happen on Game of Thrones.

I wonder how many children have been traumatized by that scene. I’m guessing a lot.