All questions, no answers.

One of the biggest strengths of Doctor Who, a 60+ years-old show about an alien who can travel anywhere in time and space with a police box, is its ability to cover a wide range of genres. But as a fan of the show, even I’d be the first to admit that, even when it’s supposedly tackling horror, they’re scares aimed at kids. The show is always just a few steps away from the silly and whimsical. The kind of person who says the Weeping Angels actually scared them is, guaranteed, not someone who enjoys Saw.

There is one episode of New Who that stands out, though. If you’re a fan, you already know what it is: “Midnight”.

I swear this episode is straight out of classic The Twilight Zone – or, probably more appropriately, The X-Files. It has everything you could need: a cramped space, clashing personalities, paranoia, and a mysterious, infectious monster.

The Doctor takes a vacation on a diamond planet whose star emits radiation that’s supposedly lethal to all life – exposure to natural light here will kill you very fast. He goes on a windowless shuttle to tour the planet’s “sapphire waterfalls” and chats with the other passengers. The shuttle suddenly stops mid-route, and the Doctor learns that the pilot and mechanic are clueless as to why. He gets them to lift the light shield in the cockpit so they can look out for a moment. Just before the shield closes again for safety, the mechanic swears he saw something move – even though life here is supposedly impossible.

Soon after, there’s a knocking on the hull of the shuttle, and then it’s thrown somehow, the cockpit torn off. One of the passengers, Sky, starts acting strangely: she repeats everything the others say, with the delay gradually shortening. Whatever creature was knocking on the hull of the ship seems to have infected her somehow. The passengers discuss throwing her out of the shuttle, but the Doctor insists on trying to help her by speaking to her. Instead of helping, though, the delay between his speech and her repetitions becomes nonexistent, and she speaks at exactly the same time as him.

And then she starts to speak before him. The Doctor is suddenly forced to repeat whatever she says. 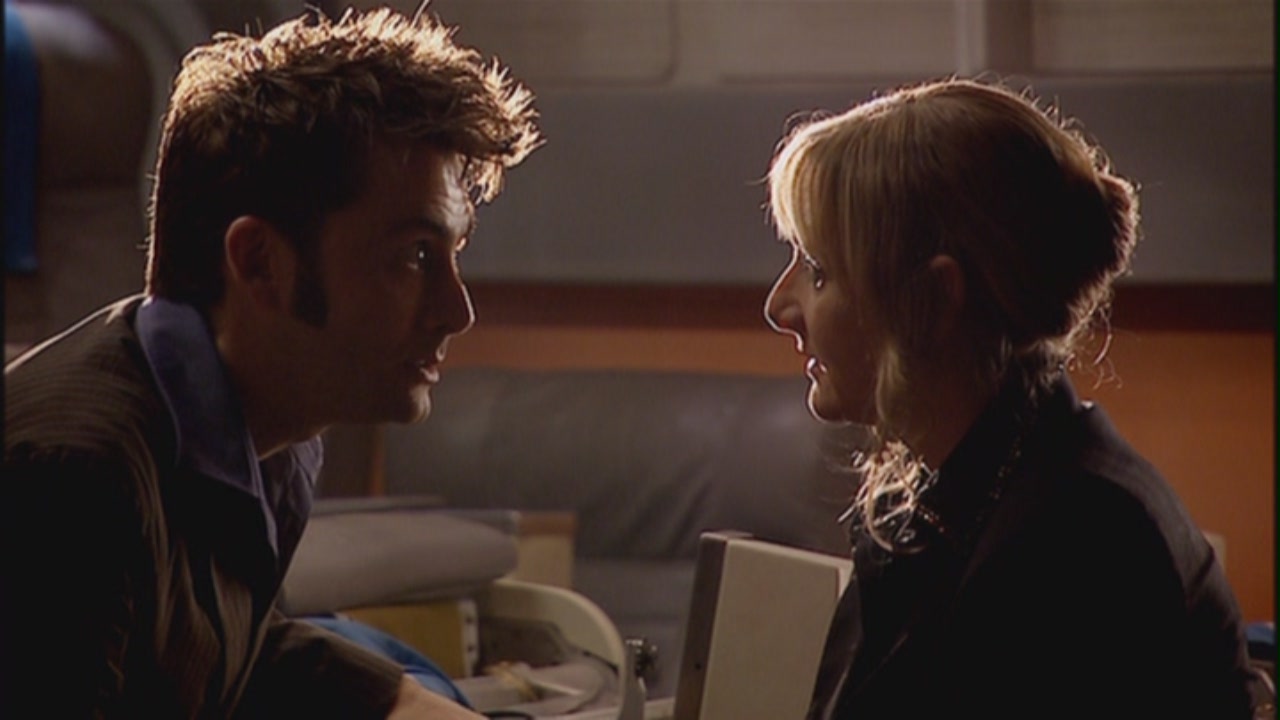 This is such a brilliantly creepy twist. If you know anything about the Doctor, especially David Tennant’s Doctor, it’s that he loves talk at lightning speed. It’s how he expresses his “cleverness”, as he calls it. He takes a lot of pride in his intelligence, and rightly so: the whole premise of the show is that the Doctor solves problems by thinking his way out of them rather than with violence. So taking his speech away like that makes him totally powerless.

The Doctor is also a force of reason among the passengers, so when his voice is gone, the creature possessing Sky is free to manipulate the others’ paranoia. She almost convinces them to toss him out of the shuttle and killing him. The day is only saved when the Hostess, catching on that the monster is still in Sky rather than in The Doctor, kills Sky by sacrificing herself.

And that solves the problem, but it leaves all questions unanswered. Especially for a show that always explains the weird by the end, that’s really unsettling. This is a completely uninhabitable planet, which you can’t even look at safely. What the hell is out there? 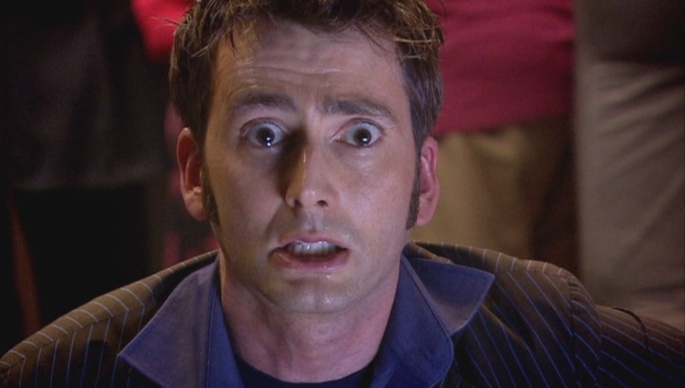