There can never be too many monsters.

If you still haven’t seen Drew Goddard and Joss Whedon’s The Cabin in the Woods (2012), first of all, what are you doing with your life? Second of all, don’t keep reading this article, because you don’t want to get spoiled. I don’t usually care about getting spoiled, personally, but with this movie it really matters. No viewing of it will ever match that first time. Seriously, stop reading.

Now, while the whole movie is wonderful, there’s one scene that stands out. You know what I’m talking about: it’s the system purge. Dana hits a big red button, and every monster you can imagine is released to unleash hell on the Facility.

Here’s a list of my personal favorites from that scene. 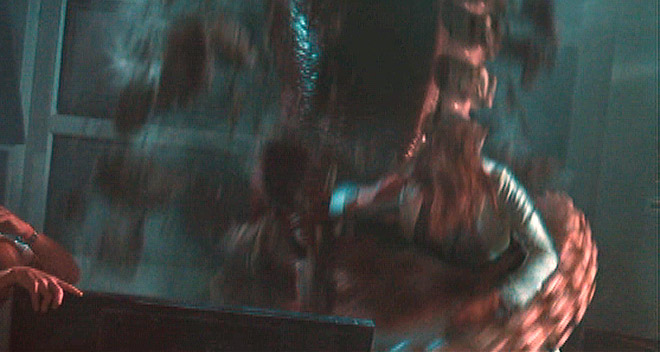 I like the element of mystery with the Kraken. All we see are massive tentacles that snatch people. But like all great monsters, it’s what we don’t see that’s truly terrifying. Because if the tentacles are that big, how big is the entire creature? Answer: bigger than you’re imagination, probably.

Also, when it takes Amy Acker’s character and kills her off screen, that’s a subtle reference to Angel. So there’s that. 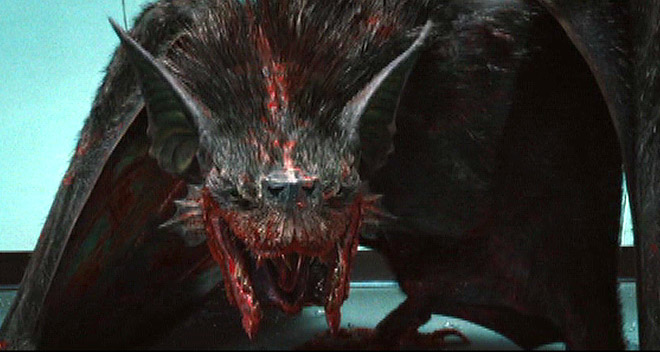 The Dragonbat is actually kind of adorable. It’s basically a cat at the vet with wings. It seems just as confused as it is angry. It flops around, bangs against walls, and crashes into people. It’s almost like it latches onto their faces by accident.

Obviously, this is a reference to Pennywise from It (as well as every other killer clown), but this is on the list for the actor’s performance. The amount of demented sadism conveyed in the clown’s ten or so seconds of screen time is seriously impressive. This is why we can’t have nice things. 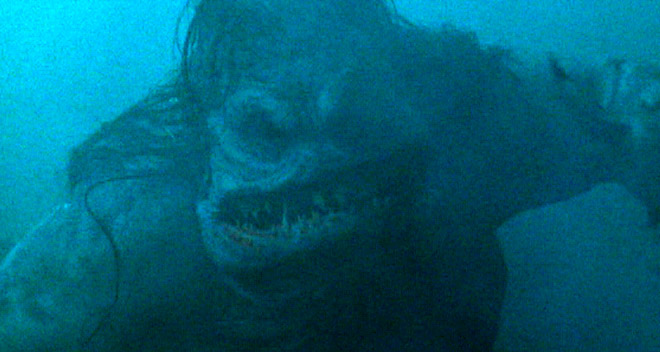 It latches onto your face and squirts blood out of a blowhole while it eats you alive. That’s already enough to earn my admiration. But it’s this high on the list because of the dramatic irony. Hadley was so eager to finally get to see the Merman, only to get eaten by it. Talk about being careful what you wish for. 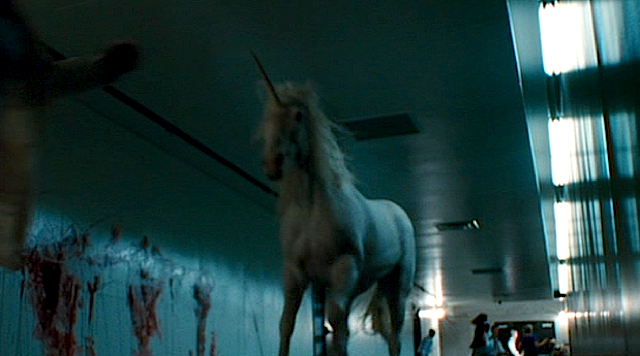 I can’t get over this one. Sure, there’s the pure absurdity of a scary, killer unicorn, but it’s the details that really sell it, like the revelatory music. What gets me is how the unicorn withdraws just to stab its victim a second time. This isn’t just a killer unicorn – this is a unicorn that enjoys killing. Somehow, that concept is terrifying to me.

Honorable Mentions: Fornicus: Lord of Bondage and Pain, the Angry Molesting Tree, the giant snake, and the killer robot.

Here’s the entire “system purge” scene. See how many monsters and/or movie references you can spot!