ACT I: Do you dare peer into The Gallows? 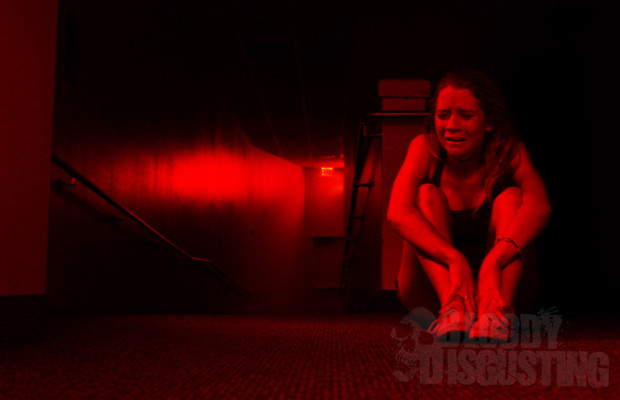 The first image is of a horrified Cassidy Gifford who seems to be awaiting some foreboding consequence. The second image is of  Reese Mishler and Pfeifer Brown acting out their modern day rendition of The Gallows.

“Twenty years after an accident caused the death of the lead actor during a high school play, students at the same small town school resurrect the failed stage production in a misguided attempt to honor the anniversary of the tragedy—but ultimately find out that some things are better left alone.“

The Gallows is written and directed by Chris Lofing and Travis Cluf (Kid Hulk, The Boys are Back in Town) who hope to bring their success with shorts to a feature length film. I’m all about dredging up ghosts of Christmas past so bring it on! 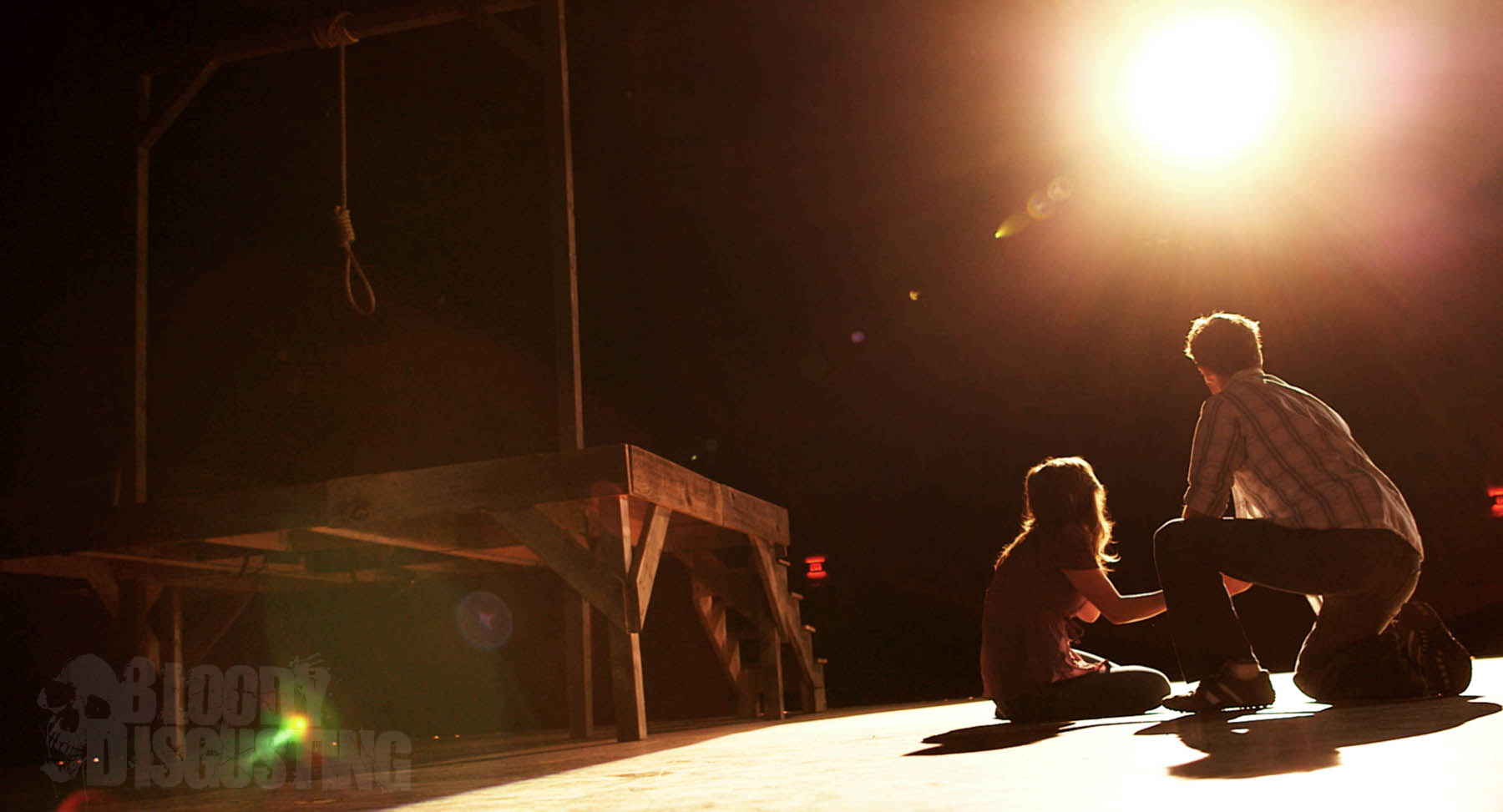