The real world is a creepy place. It’s an endless well of strange stories that could potentially be adapted to the big screen, and only a fraction of those have actually gotten attention from filmmakers. So this time around, I’m going to be talking about a story that hasn’t yet been adapted, but should be.

This is the story of the Taman Shud Case, a baffling case that has been unsolved for 60 years, where every new clue only leads to more questions. 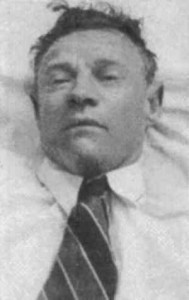 At 6:30 A.M. on December 1, 1948, a man’s corpse was discovered on a beach in Somerton, South Australia. He had no ID. The labels on his clothes had all been removed, and his dental records didn’t match anyone in Australia. While people in town had noticed him the previous night, no one knew who he was. To this day, he is known only as the Somerton Man.

The autopsy was inconclusive. His spleen was enlarged and his brain and stomach congested. The coroner speculated that the man had been poisoned with a barbiturate, but he found no traces of poison.

A picture of the man was circulated worldwide, but to no avail. No one could ID him.

Eventually, the police discovered a suitcase that had belonged to the man. It was filled mainly with clothes, also with their labels removed.

A rolled-up piece of paper was found in the man’s hidden pocket with the words “tamam shud”. The phrase means “finished” or “ended”, and it was eventually discovered to be torn from the last page of The Rubaiyat of Omar Khayyam, a classic collection of Persian poems from the 11th century attributed to Omar Khayyam.

An Australia-wide search for the book the scrap was torn from was conducted by circulating this image of it. A man revealed that he had found a rare first edition of FitzGerald’s translation of the Rubaiyat in the back seat of his car a little before the body was found that matched the scrap.

And that’s when things got weird.

In the back of the book was an apparent code, written lightly in pencil. 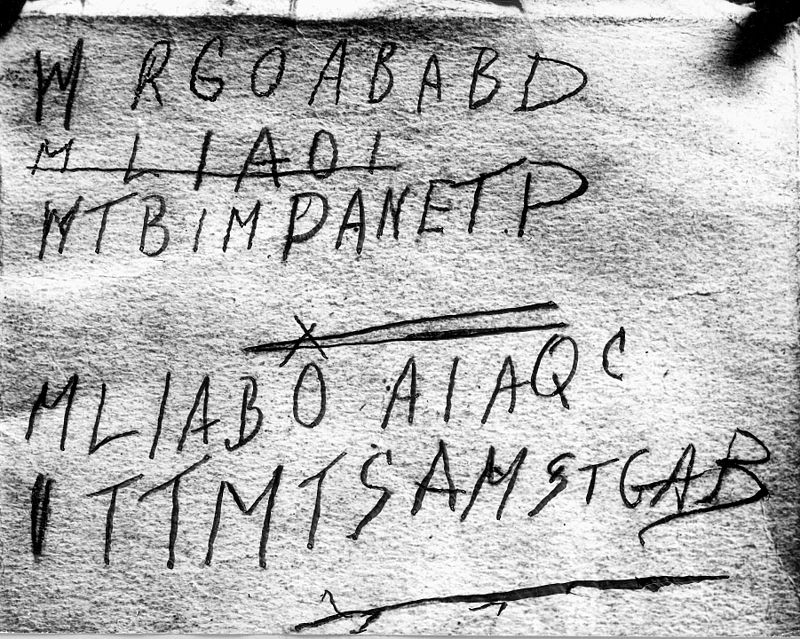 But the police determined there was not enough information to decipher the code, if it even was one at all. To this day, no one has any clue what this means, and most agree with the original conclusion that it’s impossible to decipher.

There was also the telephone number of a former nurse who lived near where the body was found. This lead the police to a man named Alfred Boxall, whom the nurse had given a copy of the Rubaiyat a few years prior. The police were sure they had finally identified their man, but Boxall was later discovered in Sydney, still in possession of his fully-intact copy of the Rubaiyat.

A popular theory is that the Somerton Man was a Soviet Spy. This theory is aided by rumors that Boxall was also involved in espionage. The nurse, who to this day is the best lead in the case, refused to allow her name to be made public and has been evasive whenever anyone has tracked her down to interview her.

The great thing about this case is that there is so much left unexplained. From a storyteller’s point of view, that leaves everything to the imagination. You could go anywhere with it: from supernatural horror to spy thriller to even a tragic love story, if that’s your cup of tea. Or maybe even all three at once?

I’m honestly shocked there hasn’t been a significant attempt to tackle this case yet. Come on, Hollywood, make it happen.