Teenagers getting drunk at a party is as synonymous to horror movies as the phrase “two guys walk into a bar” is to a bad joke, or any joke for that matter. So how did Friday the 13th and Texas Chainsaw Massacre director Marcus Nispel  make us want more more more? He followed the age old movie adage “Give me the same thing, but make us think it’s different.”

“During a party, six small-town teenagers find an old vintage record and decide to play it backwards in order to listen for any subliminal/satanic messages. Low and behold, a seemingly malevolent spirit quickly infiltrates the group, wreaking havoc as it moves from one body to another.” 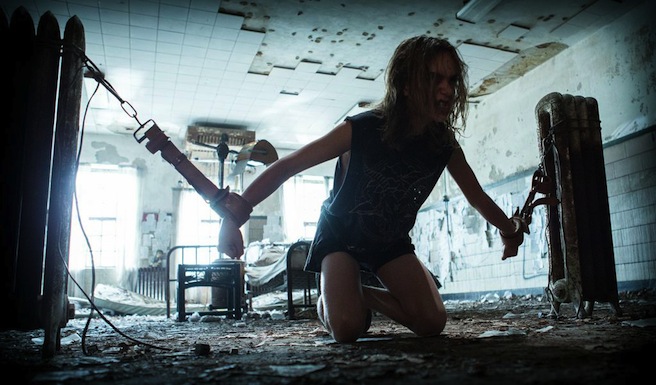 Exeter, or The Asylum if you’re from the UK has been described by many as the smorgasbord of horror. It’s a slasher meets possession movie… meets teen thriller, meets horror survival – but most importantly it’s all good. The movie pays homage to past greats like the Exorcist and dare I say even has a Session 9 feel, but it’s a fun ride that’s sure to scare! Perfect for well…getting drunk with a couple of friends…hrrmmm

Check out the Trailer below!