You never go ass to mouth… except this one time… and two more times after that.

If this latest trailer for the third installment is any clue – the budgets seem to be getting smaller for director Tom Six and the mood a whole lot goofier. One could argue that the cash cow for this insane idea has finally died out. But I would argue that this is exactly the direction Tom Six wants to take the franchise. After all, there is no where to go but down when you are dealing with assholes and bloody mouths. And I absolutely love it all for that very reason. Let me explain.

The Human Centipede has a no bullshit attitude and complete reckless behavior that I actually find amazing. I look up to it and down on it at the same time. It’s shameless. It’s free. It does whatever the fuck it wants no matter what anyone else thinks – and Tom Six keeps pushing it farther and farther. Almost like a sick joke to see how far he could milk this ridiculous idea before the world (or internet) implodes.

Seriously, even this many years later; put The Human Centipede in a headline and many heads still turn. You just have to know what he’s going to do next. Even if it’s a let down. Even if it is the exact same thing. You will always take a peek. It’s like when you tell a kid not to press a shiny red button. No matter what – that kid is going to press it. 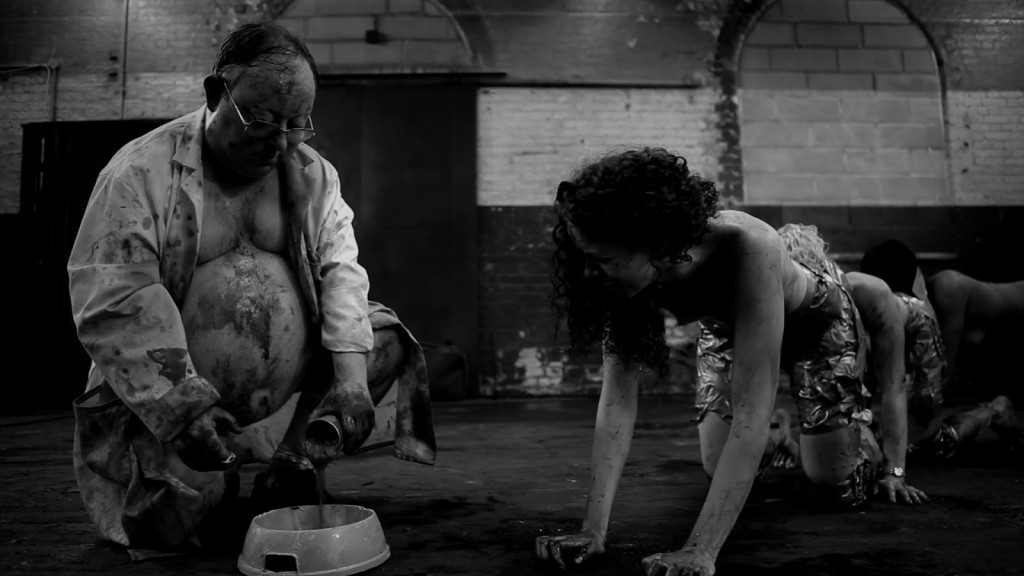 So look, I could go into a deep analysis of the shots and the gore and the pacing of The Human Centipede – but then you wouldn’t be getting the point of defending such a stupid mess of a film. I’m defending this because of how bluntly it sticks to the premise. It literally is just about one thing – sewing people together from ass to mouth. There’s no deeper meaning or social commentary. Tom Six knows that and that’s what almost makes the whole experience brilliant.

It’s even clearer once you watch the sequel – which takes on a meta world where the first movie already exists and a “super fan” tries to copy-cat the centipede surgeries. A fun reversal on the first tag line “100% accurate.”

And now with over 100 people being sewn together for the final chapter (With both villains returning, no less!) it all becomes so amazingly clear. Like the brilliant comedian Andy Kaufman – Tom Six’s greatest point behind his films come at the expense of his audience. We are a part of his vision. Our reaction to the film, and the media obsession birthed from it, are all a part of the fuel that gives The Human Centipede more life. This one is called the final sequence but I wouldn’t be surprised if he made a fourth film called “The Final Sequence Plus One Thousand.” Just to fuck with us. Just to make fun of all the bull crap other horror movies get away with on a yearly basis.

Now perhaps I’m looking to far into this and giving Tom Six too much credit. This is duly noted. But often times art outgrows the creator and becomes something more in a cultural context. The Human Centipede is that art. Accidentally or not, this franchise exposes the fallacies of horror on a wider scale and still remains gruesome while doing it.

As long as people keep talking about this franchise – the movie has made its point. After all, is there really anything different between the shit, piss, and blood between the asses The Human Centipede and the gruesome horror we see in more “acceptable” torture films? Like Hostel, Saw, or Martyrs? I mean, when you really think about it: all horror movies are just asses stapled to dirty butts right?