After screening at over 30 festivals and other events, indie horror-comedy Call Girl of Cthulhu is heading to DVD and VOD on September 15. Directed by Chris LaMartina and written by LaMartina and Jimmy George, the film is a Midnight Crew Studios production with special effects by Aftermath FX Studio. It stars David Phillip Carollo, Melissa O’Brien, Nicolette Le Faye, and George Stover.

We have the trailer and artwork, below. It looks like a wild and glorious tribute to H.P. Lovecraft.

In the goriest, most hilarious H.P. Lovecraft tribute to ever splatter the screen, Carter Wilcox (Carollo) is a struggling artist who’s been saving his virginity for someone special. When he meets the enchanting escort Riley Whatley (O’Brien), he believes he’s found the one. Unfortunately, she’s also “someone special” to an ancient cult that believes she is the chosen bride of their alien god, Cthulhu.

Forced to mate with their tentacled deity, Riley becomes a vessel for the spawn that will destroy mankind. Now, Carter and his noisy musician roommate, Erica Zann (Le Faye), must battle the sinister cult and unimaginable creatures to save Riley… and the rest of humanity.

Will they save the world or surrender to the slimy grip of the Great Old Ones? 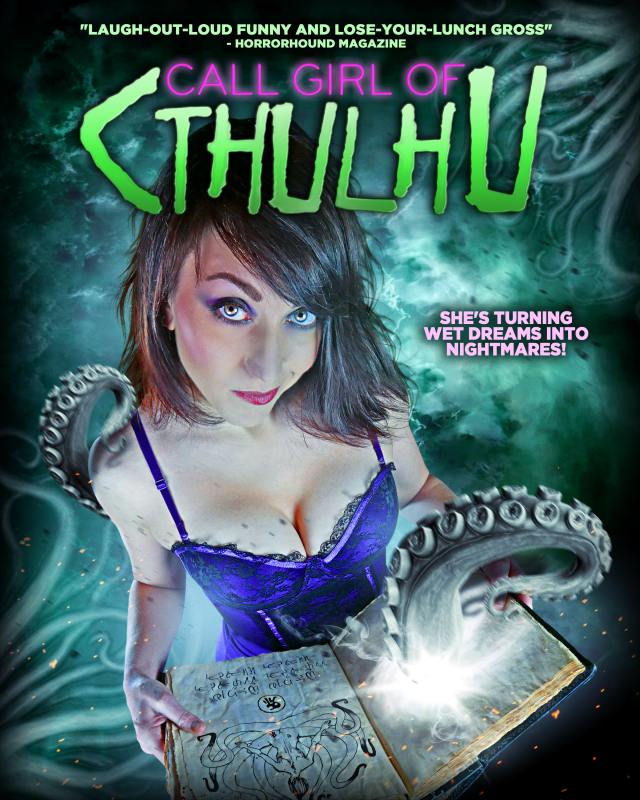