High School is a slaughter-house.

That high school is hard is pretty much a universal fact of life. Saying you had a good time in high school is a good way to get weird looks. It’s such a strange concept, it’s almost freakish. And sure, some of it is because just being a teen is hard. It’s a transitional period of time in anyone’s life. You’ve got raging hormones with no experience in dealing with them, parents who just don’t understand you, peer pressure, all that stuff.

But isn’t there’s more to it than that? The open secret about high school, what everyone knows and hardly anyone wants to talk about it, is that going to one is a great way to get brutally murdered by a monster or psychopath. Teens are evil’s target demographic.

High school isn’t just “hard”; it will literally kill you if you’re not careful.

Having sex is like painting a bullseye on your back, especially if you’re a girl. I know, it’s not fair, but neither is literally anything else about high school.

And it goes beyond just the literal act of having sex (or engaging in sexual acts) – it’s dangerous just to be sexy, or to be anything remotely like a person who might have sex. So, my advice? Don’t stop at just rejecting all suitors. Do everything you can to actively repel them. Here are some tips on that front:

Get creative. There’s really no wrong way to be utterly repulsive.

But even if you’re really good at this, there’s always that one guy who sees past your thin, odorous veneer of mud and likes you. Stay away from this guy, especially if you like him. That’s because…

Rule 2: Beware of your boyfriend

Every teenager is desperate to be liked at heart, so what crueler way to fuck with them than for the object of their affection to be evil? When you think about it, this is pretty much an extension of number 1. Take special care around that guy that likes to throw rocks at your window and/or climb into your room via said window. 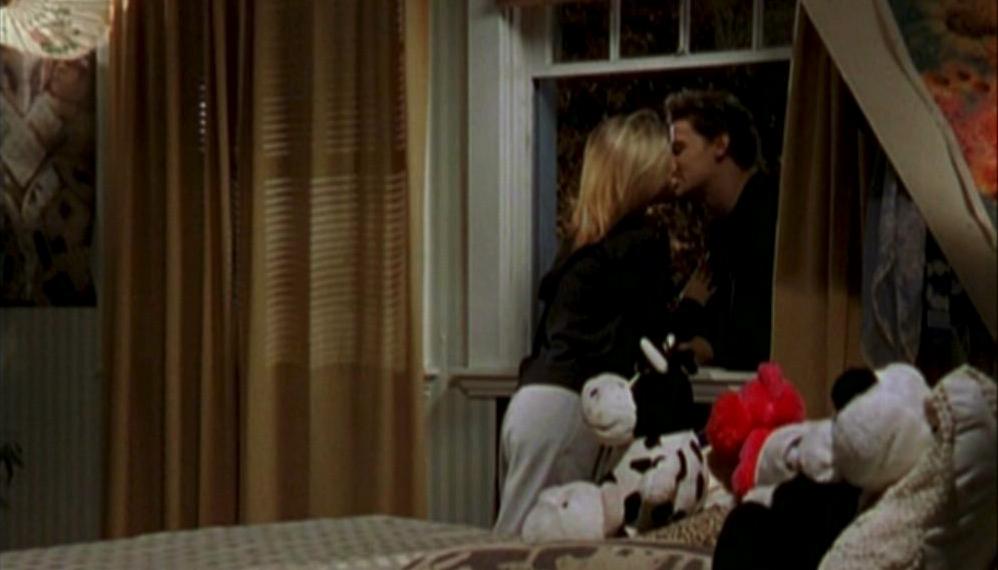 Make no mistake, that guy who seems to like you is either going to die or is going to try to kill you.

There’s nothing more dangerous than being popular. If you wear a letterman jacket or a cheerleader uniform, you’re screwed. The safest groups to join are the outcasts. Be a nerd, or a stoner. Or don’t join any group. In fact, don’t have any friends whatsoever. The death rate for friends is too high.

Also, this should go without saying, but don’t bully anyone either. Monsters and serial killers hate bullies, which is ironic when you think about it.

In conclusion, if you work to make your high school experience as miserable as possible, you’ll maximize your chance of survival. High school is horrible: embrace it or die.