You got my attention, Mr. Wong.

John Dies at the End is a film adaptation of the “cult novel” by Cracked.com’s Jason Pargin. I haven’t read the book, but from seeing the movie and what I know of it, it seems like it’s carrying the Douglas Adams torch into Lovecraftian horror. So in other words, it’s a loving lampoon that is similarly zany and brimming with creativity… maybe. It’s sort of hard to tell.

The film opens with an illustration of the Ship of Theseus thought experiment: if you break an axe handle when decapitating a zombie, get the handle replaced, then chip the blade and get that replaced, is it still the same axe? While this is an engaging and dynamic opening sequence, it’s ultimately irrelevant to the plot – even thematically. I understand this isn’t true of the novel, but that’s why adaptation is an art: you have to know what to cut (or add), and why, or else the adaptation risks being nonsensical.

And nonsensical the film is. But it’s also so many other things at times: surreal, weird, boring, funny, and always, always out of its mind. This is probably not a “good” movie by any traditional means of criticism, but it’s so endearing (even in the boring parts), so strange, that it’s engaging anyway. I like to ask myself when judging a movie if I’ll remember it at all years from now. In this case, the answer is “absolutely”. Generic this is not.

The “plot” is framed around David (the main character) telling his story to a reporter, played by Paul Giamatti in a dingy Chinese restaurant. There’s a drug called Soy Sauce that grants the user abilities the extent of which are unclear, but include such psychic mainstays as predicting the future, seeing other planes of existence, and telepathy. 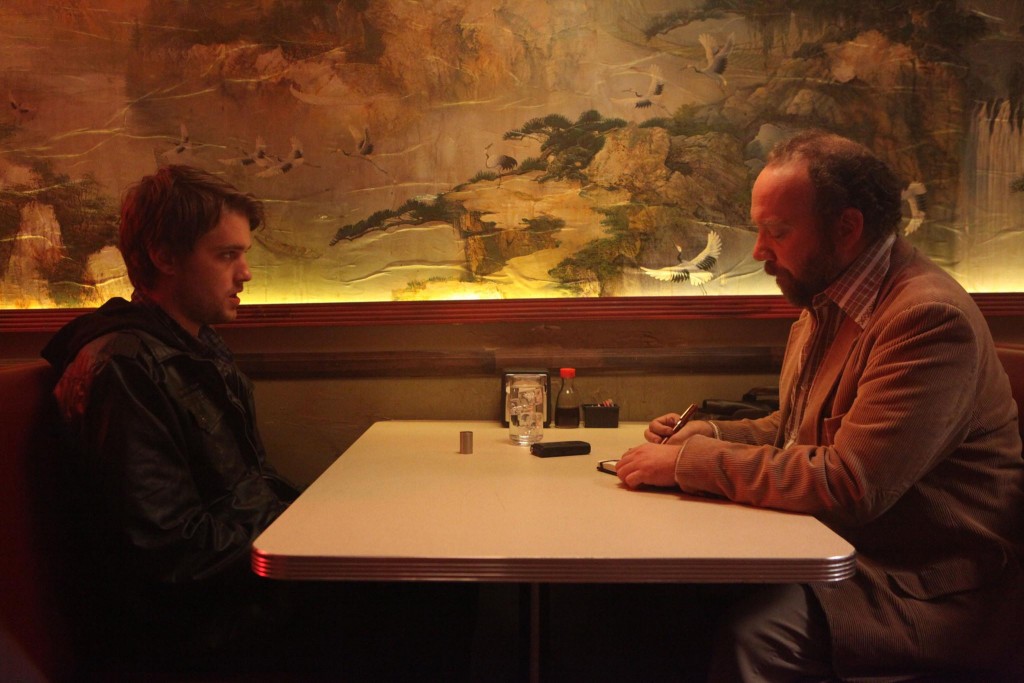 Beyond that, I’m not actually sure I could tell you what it’s about, but I can tell you that it’s not really important. It involves dimension-hopping, ghosts, and a sentient organic computer that wants to rule the world. Also, there’s a really important dog. Its name is Bark Lee. 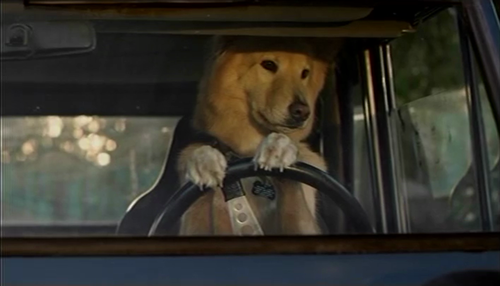 Watching this movie is like having an entertaining fever dream – it moves from one thing to the next disjointedly. It seems to make a modicum of sense at the time, but thinking back, you can’t even begin to connect everything.

To be clear, this isn’t a case of “so bad it’s good”. The good parts are good because they’re good, and the bad parts are bad because they’re bad. It’s meant to be funny, and a lot of the humor falls flat or is just low-key sarcasm that doesn’t actually elicit a laugh. And the pacing and structure often cause the plot to drag. It feels aimless in these moments, and you have to wonder if this is actually going anywhere. It is, kind of, but enjoy this movie for its surreal strangeness, or you probably won’t enjoy it at all.