A descent into darkness.

The Descent is a 2005 British adventure-horror film directed by Neil Marshall about six women who explore an unmapped cave and are attacked by monstrous humanoid creatures. But those creatures, who are implied to be humans who evolved (or devolved, as may be the more appropriate term) to live in the darkness of the cave, are not the main attraction, so to speak. The real star of the movie is the cave itself, which keeps finding new ways to kill. Really, this is just an extended homage to Deliverance. If you’ve seen both movies, you’ll see what I mean – it even starts with Sara, Beth, and Juno ending a whitewater rafting trip!

As I’ve discussed before, I think horror movies in general are all about danger and survival: the lengths we’ll go to to stay alive. In The Descent, I’d call it a theme. We’re constantly shown ways you can die – you can be impaled by metal rods in a car accident, or you can be crushed by rocks in a cave-in while spelunking, or you can be torn apart by flesh-eating monsters. When Sara gets out at the end, it’s no coincidence that she almost gets into a car accident. It’s a reminder of this idea.

But despite all this, Sara does survive. And she only does so through sheer force of will. That’s ultimately what her journey is about – at her darkest moment, she’s been stripped of everything and everyone, and yet she still never gives up. (I should note that I saw the American version. The original UK version apparently has an “it was all just a dream” ending, which doesn’t seem nearly as good.) 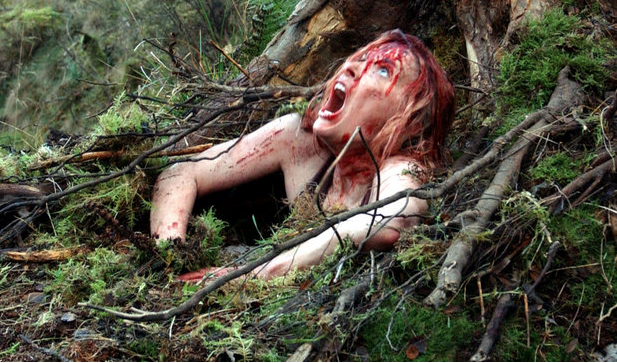 There’s a lot to like here, but the film does have its flaws. For one thing, just on a basic level, it’s extremely difficult to keep up with the action (and some very important emotional beats) because it’s in a cave with no natural light. The utter darkness works against the movie as often as it works for it. Considering that film is a visual medium which requires, you know, light – I don’t think Marshall totally solved this problem (though I commend him for not copping out on the issue).

And while the build-up and pacing are great, the dialogue and characterization are pretty flat, especially in the first act. There’s some genericness to the exposition in the beginning, establishing what these women’s normal lives and relationships are like. Part of the problem is there are too many characters to keep track of – this is also a problem when we’re trying to keep track of the action in the cave.

My biggest gripe, though, is the film’s handling of Juno. She’s the most complex and interesting character in the movie, even outshining Sara. Really, this is a movie about these two characters’ relationship. But Juno is sort of shoehorned into a villain role, even though I think she resists that. Sara ultimately leaves her to die in the cave because Juno betrayed her (by having an affair with her husband), but I don’t see a disloyal character. All Juno cares about is getting out of the cave with Sara – I see her as supremely loyal. I think Marshall wrote such a great character that she ended up not fitting his original outline for the plot. 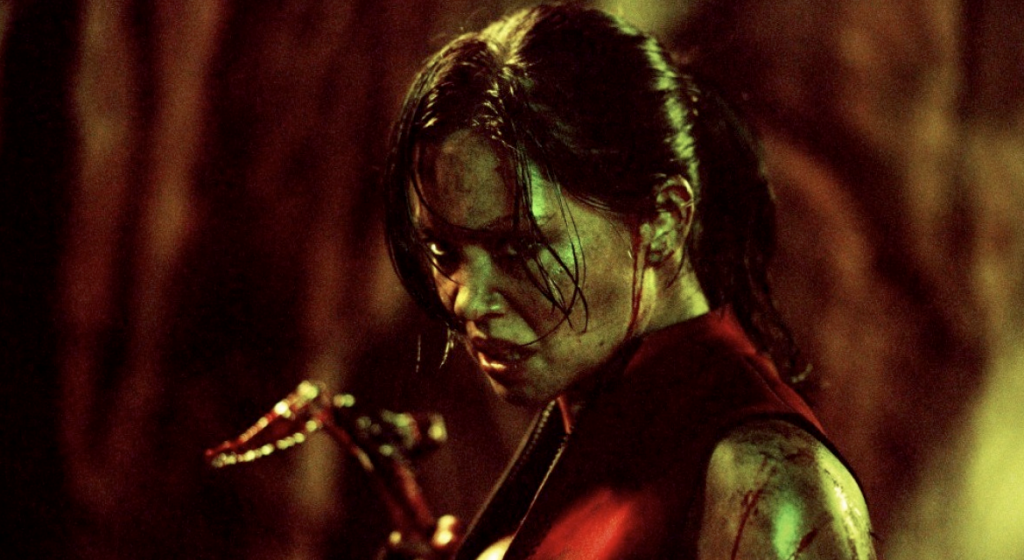 That should have been a signal to him to deviate from the plan, but it appears he didn’t. And the film could have used some deviation. After all, I pretty much knew exactly who was going to die and in what order before the party even entered the cave.

Still, ultimately, this is a refreshingly competent movie. There are no serious missteps here, and the substantive depth (pun intended) might surprise you.