Well, this is ironic.

Thanks to Bloody Disgusting, we have the synopsis and lo-res teaser art for Visions, directed by Kevin Greutert (Jessabelle and Saw VI). The script was penned by Lucas Sussman.

In Visions, “Leaving her hectic city lifestyle behind, young mother-to-be Julia joins her husband David at their beautiful new vineyard home only to plagued by strange noises and visions of a sinister hooded figure. No one else hears or sees these hallucinations, not even David, who grows increasingly worried about his wife’s well-being. Desperate to prove her sanity, Julia hunts down a local medium who reveals the haunted history of the vineyard in which she now resides. As she desperately pieces together past events to keep a future horror from occurring, Julia uncovers a dark conspiracy that puts her life and the life of her unborn child at risk.” 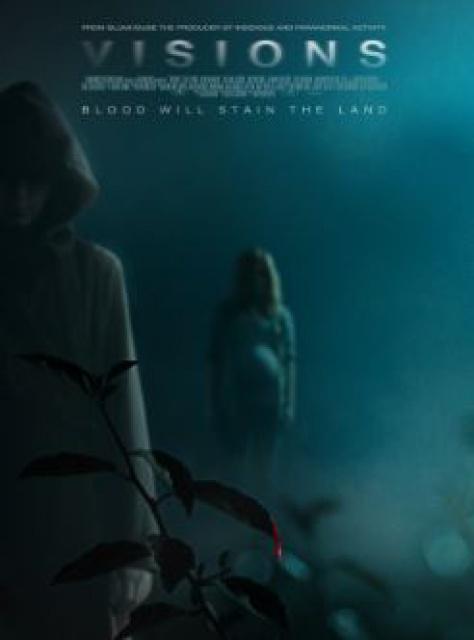 What do you think of the poster? REMINDER, this is a lo-res picture. And despite feeling a slight reduction in integrity, we believe that you deserve to see the picture, regardless of quality.