A murder spree would be much easier with an automatic.

When was the last time you saw a horror movie villain killing someone with a gun?

Can you think of one at all? I can’t – not off the top of my head. And sure, I’m sleep-deprived and my memory isn’t what it could be right now, but I think my point that it just doesn’t happen that often, if ever, holds. 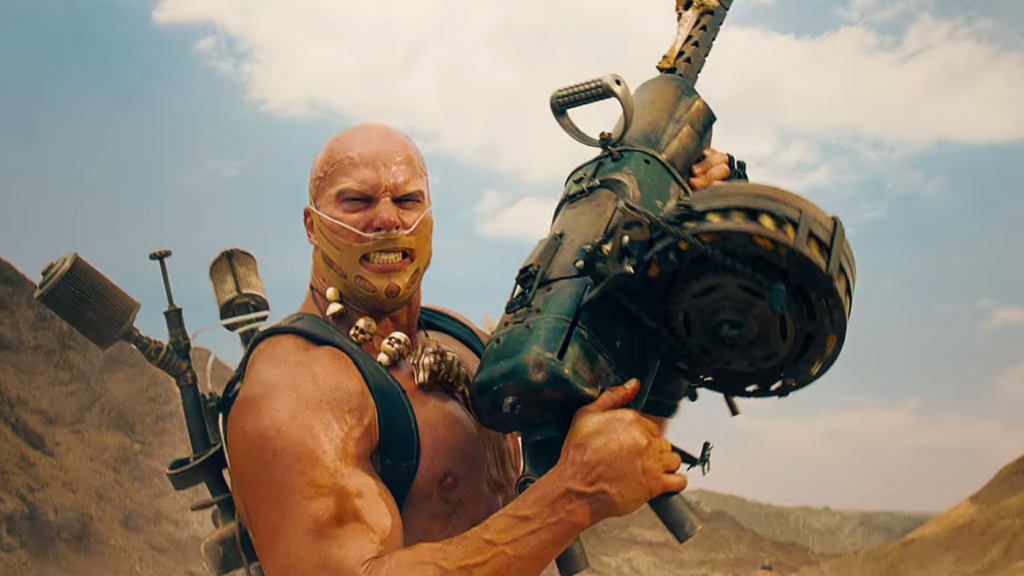 Does this guy count?

Why is that? I think we can get a hint from the TVTropes page on the Inverse Law of Utility and Lethality, which says:

There’s a similar law applying to horror weapons. The more useful or effective the weapon is, the less horrifying (and less cinematic) it is. So guns, being most effective, are almost never used (though I expect a pistol is more likely than a machine gun). But chainsaws, which are wildly impractical, but pretty popular. Knives are an even more common choice, especially in slashers (duh), and axes are a solid alternative. For monsters, you have teeth and claws, which are basically just short knives.

So what’s the best-worst weapon? The least effective and yet most horrifying to portray in a horror movie of all? I would argue that’s no weapon at all. For me, the most brutal and disturbing scenes are when a character is torn apart and/or eaten, whether it be by zombies, or just an enraged mob. 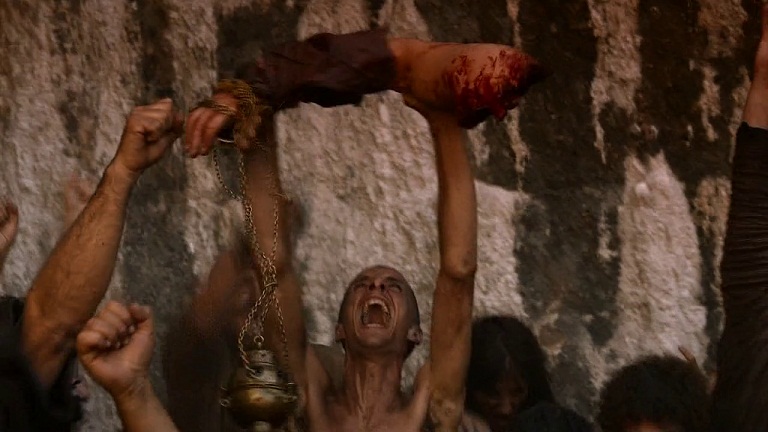 So why is this law true? I think there are two reasons. First of all, the less effective a weapon is, the gorier the death is. A gunshot is about as clean as a weapon can be. But knives and axes make you work for it. The worse the weapon is, the more you have to really mangle the victim’s body, which means there’s more gore.

The second reason has to do with distance. A gun is so effective partially because of its range – and that makes it a relatively impersonal weapon. Melee weapons, though – especially knives (or claws or teeth) require a whole other level intentionality and physicality. That makes them more disturbing and more cinematic.

So what do you think? Does this theory stand up? Are there any exceptions, and if so, do they prove the rule or break it? Let me know in the comments!