A penultimate episode that doesn’t stand on its own.

I suspect I might be in the minority here, but I thought “Dead Rat, Live Rat, Brown Rat, White Rat” was a mediocre episode of iZombie. Which is not to say that it was an average one. Obviously, this close to the end of the season, it couldn’t have been. Certain things needed to happen, and happen they did.

But it doesn’t help that we have to endure another non Blaine-related plot. When a group of kids run over Sebastian in a stolen car, they decide to bury his body. But he “comes back” to life and immediately kills the cheerleader. My first gripe with this plot, besides the fact that it even exists, is how Liv behaves on the teens’ brains. It’s not even so much that her behavior feels inaccurate – after all, we actually see both victims before they die, and the personality changes do seem to at least correspond – it’s that Liv seems to have no self-control or self-awareness. She gets lost in the new personalities. It’s played for humor, but to me it’s just annoying and cringeworthy.

This does lead to the coolest moment of the episode, though, which is when Sebastian ties up Peyton and waits for Liv to come home. The ensuing fight scene was incredible, not just because it was well-choreographed, but because it was a fight that could only happen on this show, between these characters. That’s what all fights should do.

Peyton, of course, finds out about Liv at this point. And while this is an emotional moment, and Liv’s coming-out has been something I, at least, have been impatient to get to, this is ultimately not a resolved plot point. It might be resolved next episode, but I’m getting the impression we might have to wait until next season until we see how their relationship shakes out. 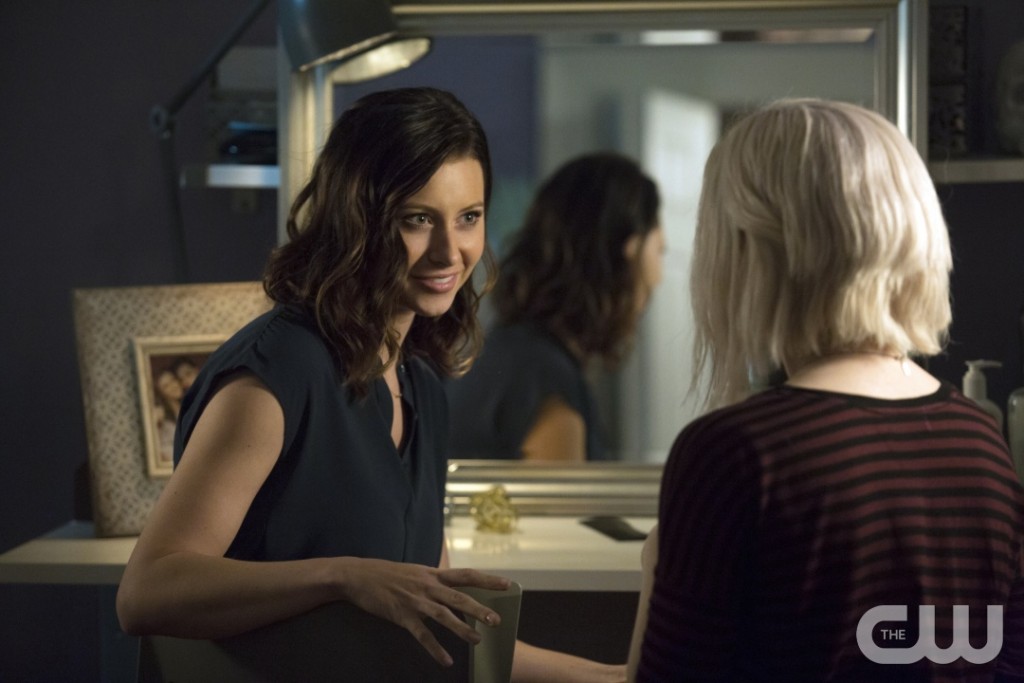 And that gets to my lack of enthusiasm for the episode. It’s not so much with the individual things happening here, but with the episode’s role as setup. Almost nothing is resolved here. My opinion on it might change in retrospect after the finale, I suppose, but how am I supposed to judge something like Major getting caught by Blaine and Julian? That’s not even the beginning and middle of a plot – it’s only the beginning.

So that leaves me to anticipate the finale. This will be the first episode where I have no idea what to expect. I’m assuming Major will know about Liv by the end of it, but will Clive? And what will happen with Ravi’s cure?