We finally have a good look at Ghostface from MTV’s Scream series, premiering June 30th. It’s a big change from the iconic mask – this one’s less Edvard Munch and more ski mask, though it does resemble the original a bit, especially around the eyes. 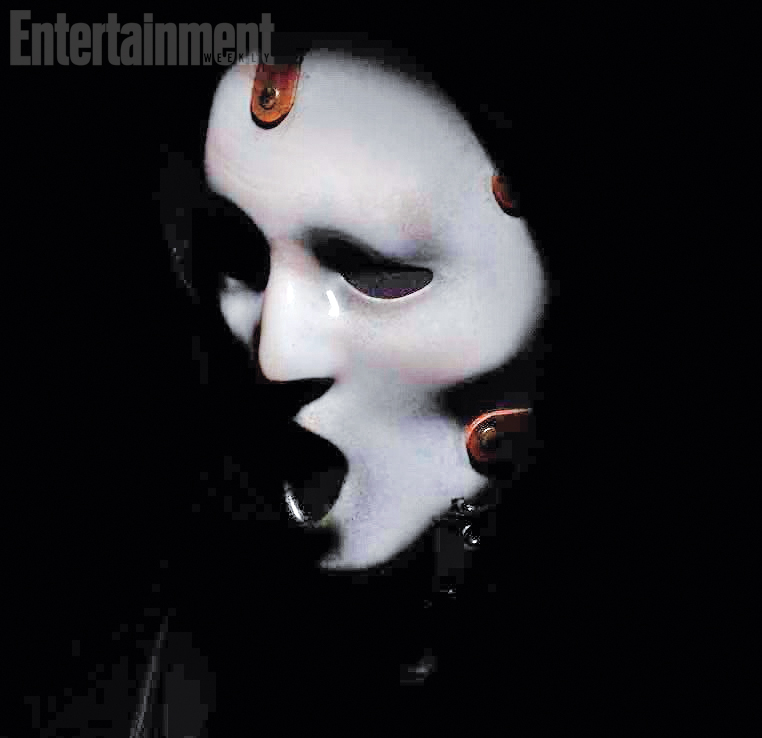 Here’s what the show’s creators (and Wes Craven) had to say about the change (via EW):

“The [original] mask is so iconic. If you were to have that mask in a television series, but you weren’t following any of the characters [from the original], I believe that would be misleading the audience,” says exec producer Jaime Paglia (Eureka).

But the mask does play with the franchise’s love of horror classics. Explains exec producer Jill Blotevogel (Harper’s Island): “It evokes some of the Jason hockey mask and the white Michael Myers mask, but it’s still first and foremost evocative of the Scream mask. It’s sort of a reinvention while also paying homage.”

Most importantly, it passes muster with original director Wes Craven, now an executive producer on the series. Says Craven, “The new mask is cool and scary and takes the series into a new direction.  It also ties into the story, which I won’t give away.”

What are your thoughts on the new mask? Let us know in the comments.