Let’s hope it is smoother than IT.

Allegedly, the current plan is to, in an unprecedented move, begin the story on television. An eight-part Showtime miniseries, written and directed by Josh Boone, is being eyed, which would set up the story and its characters to culminate in Boone’s feature film.

Here’s a quick rundown of the plot:

The Stand tells the story of a “full-scale apocalypse, driven by the accidental release of a biological weapon and the ensuing struggle of good versus evil carried out by the world’s final survivors.” 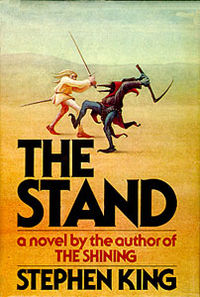