Who’s that in my doorway?

Sleep paralysis is scary. Unable to move, your heartbeat racing, the bizarre feeling of being awake but not awake. So imagine you’re going through that  and suddenly you start to see strange figures appear. Malevolent figures, who sometimes talk to you. Or cause you actual pain that you actually feel. That’s what the 8 subjects of The Nightmare experience nightly. The new documentary is from Rodney Ascher, who previously made Room 237,  the conspiracy theory doc about The Shining. This film explores the common and unsettling experiences of sleep paralysis from around the world (well, America and the UK).

As the eight participants in the doc share their experiences, Ascher recreates their stories in stylish sequences. He also shows his crew recreating the sleep paralysis, which I thought was an interesting choice. The thing is, some of the things these people experience are hard to believe or hard not to see as just a dream with their eyes open. However, their terror, confusion and exhaustion are very palpable and make for effective horror.

But as someone who doesn’t believe in demons or ghosts–or believes that not believing in them means they won’t haunt him–I want to be able to say that their night terrors can be explained by science. I don’t think these people are being stalked by a demonic presence. Their fear is feeding itself. 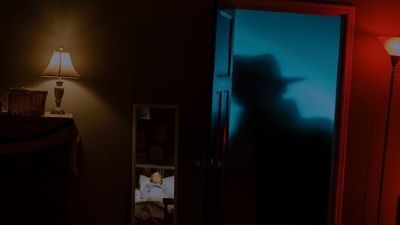 Curiously, Ascher does not interview any psychiatrists, scientists or even paranormal experts. The Nightmare is squarely focused on these eight people. I would have liked to hear from some experts, not just people who do their learning from Reddit and YouTube. Indeed most of the participants in the doc wave away the scientific definition of sleep paralysis.

Rodney Ascher’s direction is quite solid. There are some scenes of breathless terror, with chilling suspense and shocking jump scares. Not all the scares are totally effective. Because this is a documentary and not a feature film, it’s not as slick. Some of the music is a little goofy. I am definitely curious, however, to see what Ascher could do with an actual budget. Insidious: Chapter 4, anyone?

I mention the Insidious series because in The Nightmare, the subjects talk about seeing representations of sleep paralysis and demons haunting sleepers in film: Insidious, Nightmare on Elm Street and and a brief shot in Natural Born Killers. That was one of my favorite parts of the doc. It can be so validating to see yourself represented onscreen–especially in something like sleep paralysis, which is a very individual experience. 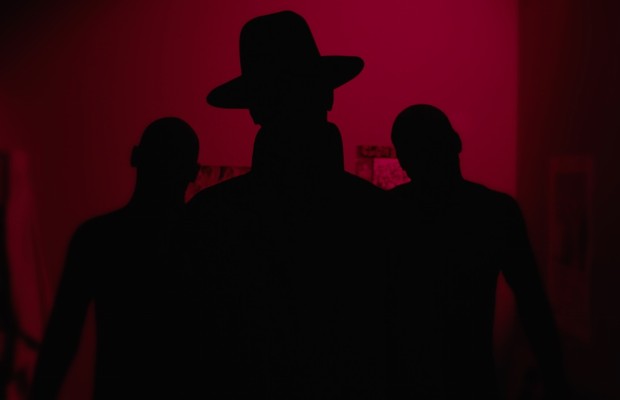 I also liked that the doc showed how these people are living with their night terrors and how they eventually came to beat it, if at all. This film is always compelling, even when it isn’t trying to scare your pants off. In the doc, they talked about how telling people about sleep paralysis makes them experience it as well. So you can imagine how hard it was to sleep after seeing it.

I can easily recommend The Nightmare. It’s a fascinating look at some real life horror stories. It’s effective as a horror film, though not all the time. While I would have appreciated an academic take on the subject in addition to the personal stories, this is the story that Rodney Ascher wanted to tell. So go watch the film and…sweet dreams, everyone!

Have You Had 'The Nightmare' That's This Scary?
'The Nightmare' is a chilling documentary about real life horror and has some terrifying moments.
Rating7.5
Pros
Cons
7.5Overall Score
Reader Rating: (0 Votes)
0%