A few days ago, the story of a New Jersey family leaving their home after being sent terrifying letters by someone calling themselves “the Watcher” went viral. Now, Tracking Board is reporting that several Hollywood studios have taken notice of the story, and are competing to be the ones to adapt it.

In a mad scramble to be the first out of the gate, several packages are being shopped all over town, with names like James Wan and Bryan Bertino in the mix. Sources confirm that interest is swelling and the project is taking shape at the likes of Blumhouse Productions, Dimension Films, New Line Cinema, and Universal. Several different takes on the true terror tale are being pitched across the board, some unofficially, with rights still up in the air.

The story originally broke when the family filed a lawsuit not only against the previous owners for failing to inform them about the problem, but against “the Watcher” as well. Just a few threatening selections from the letters include, “I asked the Woods (the previous owners) to bring me young blood. Have they found what is in the walls yet?  In time they will,” and, “Who has the bedrooms facing the street? I’ll know as soon as you move in. … It will help me to know who is in which bedroom then I can plan better.”

It’s understandable to me that Hollywood is so eager to adapt this story. It sounds like it has the potential to rival the likes of The Amityville Horror and The Texas Chainsaw Massacre as a based-on-a-true-story horror classic. 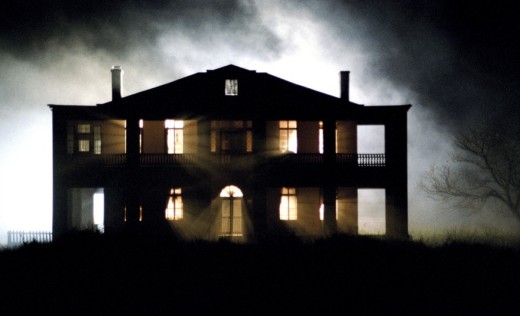