Watch out for those stingers.

This is a continuation of our recap of the first season of The Strain, in anticipation of the show’s return this Sunday. In the first recap, I was frustrated by the show’s slow pace, superficial characterization, and awkward dialogue – and yet I was more or less entertained. With the next four episodes, things pick up a little bit, but by how much?

“It’s Not For Everyone” 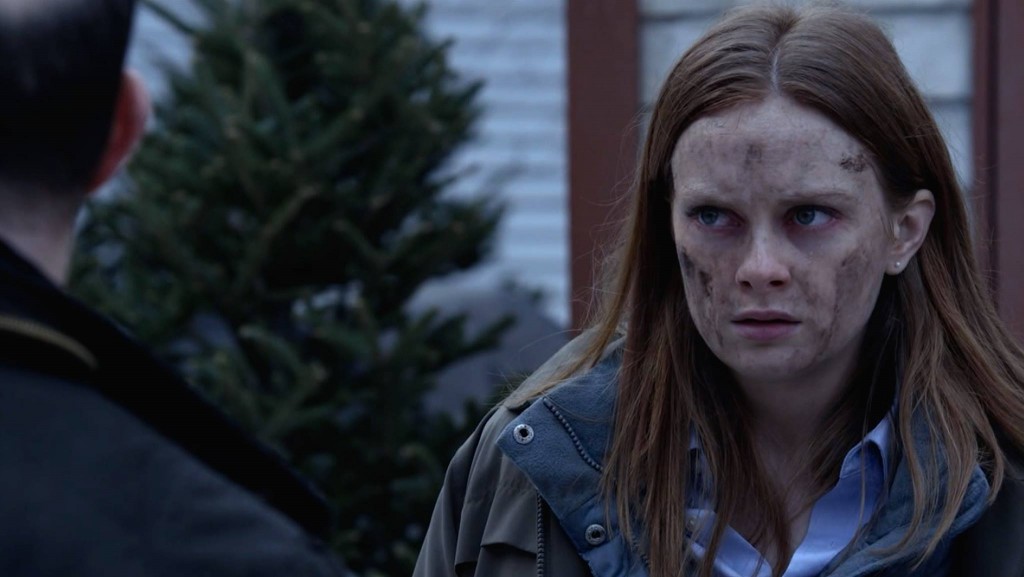 This is easily the best episode so far (which is admittedly not saying much). There’s plenty of good stuff going on here. I liked the dissection scene of Captain Redfern. As I said in my last recap, the vampires themselves are this show’s strength. Getting to see Eph and Nora work out exactly how the parasite-worms transform the body into vampires, complete with that grotesque stinger they unleash, was fun. And while the science probably doesn’t hold up, it sure seems like it might. It’s an intriguing clash of science with the supernatural, at any rate, and this scene embodies that.

The other strong part of this episode is the stuff with Ansel and his wife. This is great, pure horror, because it’s not just about the gore, it’s about the emotional effect Ansel’s slow transformation has on the couple. It’s their worst nightmare slowly coming to life, and it ultimately ruins them. That’s delicious conflict.

Also, at the end of the episode, Eph and Nora finally join Setrakian. My instinct is to side-eye the idea that Nora is the one who can’t handle “hunting humans”, and to some extent that is how I feel. But on the other hand, I probably would be complaining if everyone was instantly okay with this. We did kind of need a scene where they argue about the morality of what they’re doing.

I understand some feel that it’s frustrating that they don’t instantly recognize that they’re fighting vampires, but I think that’s demanding too much genre-savviness from a serious show. The emotional ramifications are important to explore in a show like this – just blowing past them simply because the characters recognize that the creatures are vampires would feel cheap and convenient. 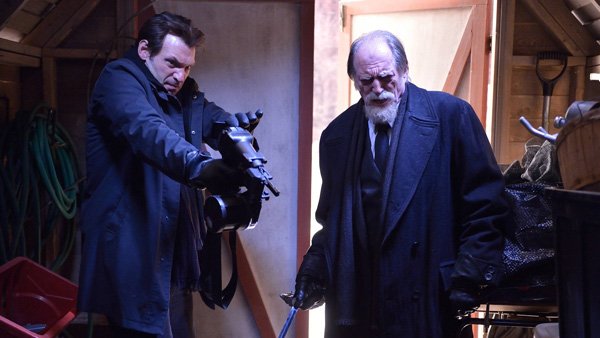 This episode doesn’t advance the plot as much as the previous one, but it’s not as frustrating because it at least seems like the characters are actually facing the problem (or in Nora’s case, finally realize that they have to face it). Eph takes video evidence to Everett, who (of course) only pretends to buy it in order to call the authorities, forcing Eph to escape with the help of Jim. Okay, so the fact that Everett is still ignoring Eph is frustrating, but less so, I guess, because I don’t expect anything different from him at this point. And I really like the paranoid, spy-thriller vibe that whole aspect has.

The other thing I like about this episode are the flashbacks to Setrakian in the camps, but I’m a sucker for flashbacks. Still, I like how they’re integrated somewhat in the plot, showing why Setrakian believes that inaction is so terrible. And that plot has a lot of loose-ends, so there’s also the promise of more. Hopefully it doesn’t progress like in Arrow, which has cliffhangers in the flashbacks, thereby delaying the revelation of why we’re even watching this. If handled well, the introduction of flashbacks could be a great thing. 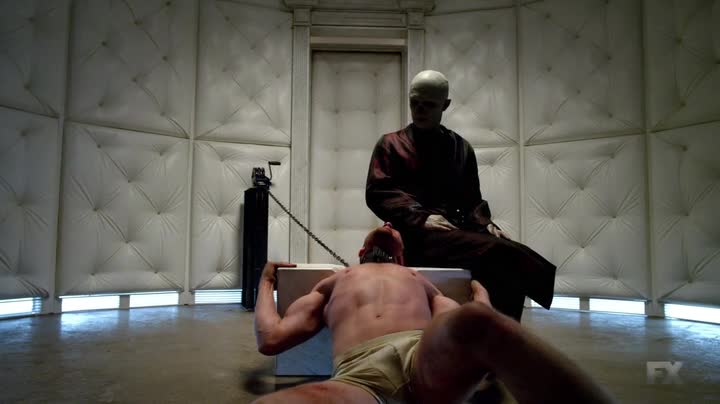 Eph’s attempt to warn his family while being chased by the FBI at the beginning of this episode has the same pros and cons as his attempt to warn Everett. On the one hand, I like the cloak and dagger stuff – even moreso here, in fact, because of the emotional factors. On the other hand, his family mostly dismisses his warnings as him attempting to “control” them, which is also much more frustrating this time around. Obviously that’s because he’s an expert, goddamnit, but it’s also because the show has not at all made clear how Eph’s need for control has negatively impacted his family. And that issue with him even contradicts the other issue of his absence!

Like, I can buy that his wife got fed up with him, but I don’t buy that she doesn’t trust him, especially when his request isn’t even that inconvenient. If she and Zach leave the city, what’s the worst that could happen? It just doesn’t make sense either emotionally or logically.

Of course, that’s just the beginning of the episode. The rest is solid stuff. Shit, shall we say, is starting to really go down, with vampires attacking people in the streets (because of the solar eclipse). Good stuff – it really seems like the apocalypse is here, now.

This is another episode that seems to go nowhere for the entire length, at least for the main characters. The plot surrounds Eph, Nora, and Setrakian recruiting Jim to act as bait to draw out Eichhorn where they can kill him. In another instance of the perpetually frustrating “no one listens to reason” trope, Jim’s wife Sylvia makes an ultimatum, demanding that Jim leave on the plane with her, interpreting his choice to go along with the others’ plan as his ditching her, or something. Of course, it’s sort of strange that a character who was willing to betray every principle he held to get his wife treatment was so ready to help them out anyway. It’s just a very confusing scene, in general.

And then, of course, the whole plan basically goes nowhere, and the gang achieve nothing. The whole thing feels like filler, to be honest.

At least there are flashbacks. Once again, they’re interesting stuff. Drunk human Eichhorn is fun to watch, at the very least. Although, if the point was to give us some idea of what makes the man/vampire tick, I don’t think the flashbacks did much in that regard. I also don’t buy that a Nazi captain would interact with Setrakian in the way that he does, or have the argument that he does. At one point, he tells Setrakian that he’s no better than him. The whole thing, while degrading, obviously shows that Eichhorn perceives Setrakian as human. It just feels off. This is not the behavior I’d expect from someone who insists on calling Setrakian by his ID number.

And then, of course, there’s the side plot. There’s more of that not-listening trope, but much more intriguingly, what appears to be a vampire death squad actually saves Joan’s nanny and her children – and then murder the nanny’s daughter, who had been infected. So there are vampires hunting vampires? What the hell!?