Old school horror without the cheese.

Every once and a while, we here at HFC like to get our hands on indie horror shorts from up and coming filmmakers because… well, I’m not going to lie: I’m getting sick of major studio factory remakes and repackagings of the same thing over and over. True fear, horror, and terror cannot be boiled down to a formula and repeated ad nauseam.

So when we can, we like to highlight true low budget indie shorts – because it’s not about money but an actual love for bloody, guts, ghosts, nightmares… whatever tickles your fancy. So that’s where The Skin comes in; a wonderfully creepy short film from first time director Justin Timms and a perfect throwback to horror classics like Last House on the Left or Texas Chainsaw Massacre in all the right ways containing the dirty, gritty, and all around guerrilla that bleeds like a 70’s horror flick.

Here’s a quick synopsis. The Skin is about two sisters who decide to go on a road trip to their father’s old cabin. Of course this never ends well – and things get pretty eerie after their car breaks down and a very strange and possibly dangerous old man offers some help… by bringing the two sisters and their car over to his house in the woods for repairs. Of course, as you can imagine – this never ends well.

Oh and where does “the skin” part actually come in? Well one of the sisters has a pretty hardcore case of dry skin (if you catch my drift) that really starts to make it feel like there’s bugs crawling all over me. 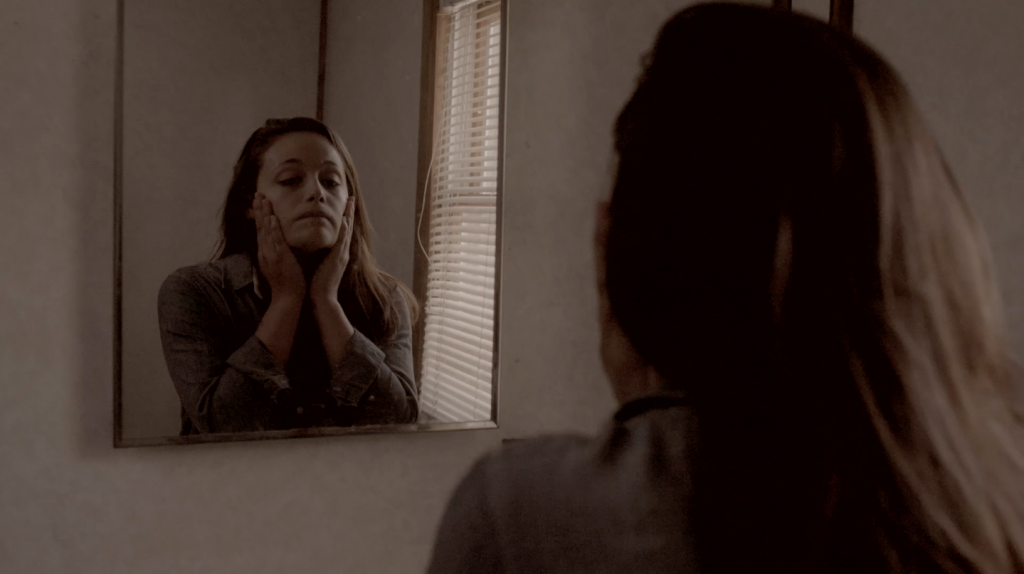 I’ve been able to see the short early and can say that that at just under 10 minutes – it sticks around just long enough to creep you the fuck out before it starts being tiring (Come to think of it, that’s a huge reason why I love the V/H/S series – horror holds up stronger in short-form). While this doesn’t reinvent the horror wheel or break away from standard tropes; it really doesn’t have to. Why? Well I’ll just repeat it: this will creep you the fuck out.

A huge part of that comes from the fact that The Skin was able to nab Martin Pfefferkorn – a veteran actor who has over 100 credits to his name (a number of them as a homeless man – guess it comes with the beard) most notably for his appearance in I Sell The Dead. Now, I don’t want to take away from any of the other actors. They all do a fine job – but Pfefferkorn steals the show as Otis, the probably insane old hick who decides to “help” fix the protagonist’s broken down car. 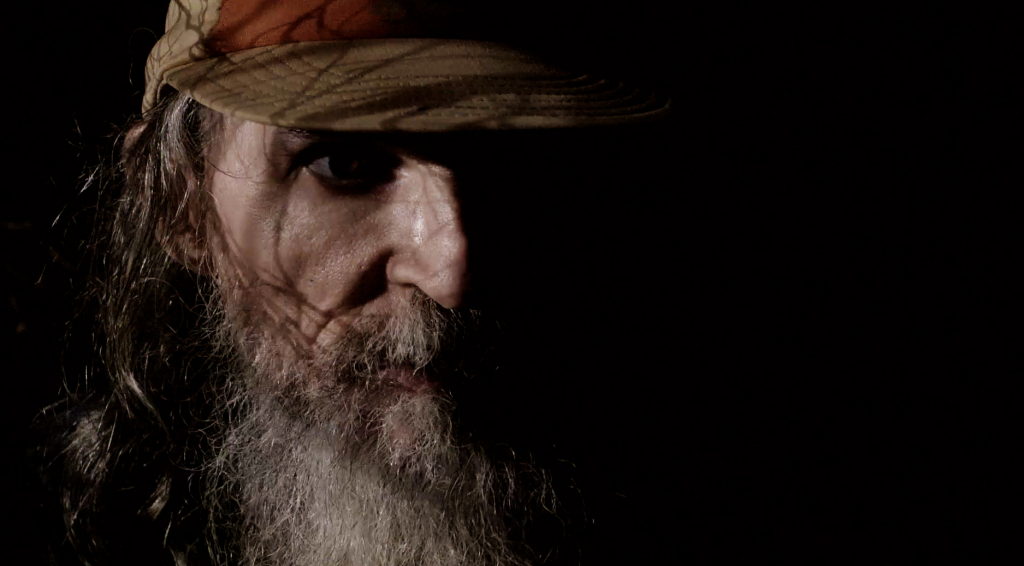 The other highlight? The musical score composed by Daniel Newland. It’s the perfect mix of atmospheric and downright insane – elevating the shots of the film into really nerve wracking moments. I’ve been told that the team behind The Skin will actually be releasing the soundtrack separately, which I will 100% buy for my late night creepy drives.

While there’s no official release date yet (online or otherwise) – The Skin is set to hit the festival circuit this fall and as soon as there’s a trailer release you can be sure that we’ll be posting it up for your viewing pleasure. For now enjoy these exclusive stills we’ve littered through this post and the official poster below. You can also hit up the movie’s official Facebook page to keep track and show your support! 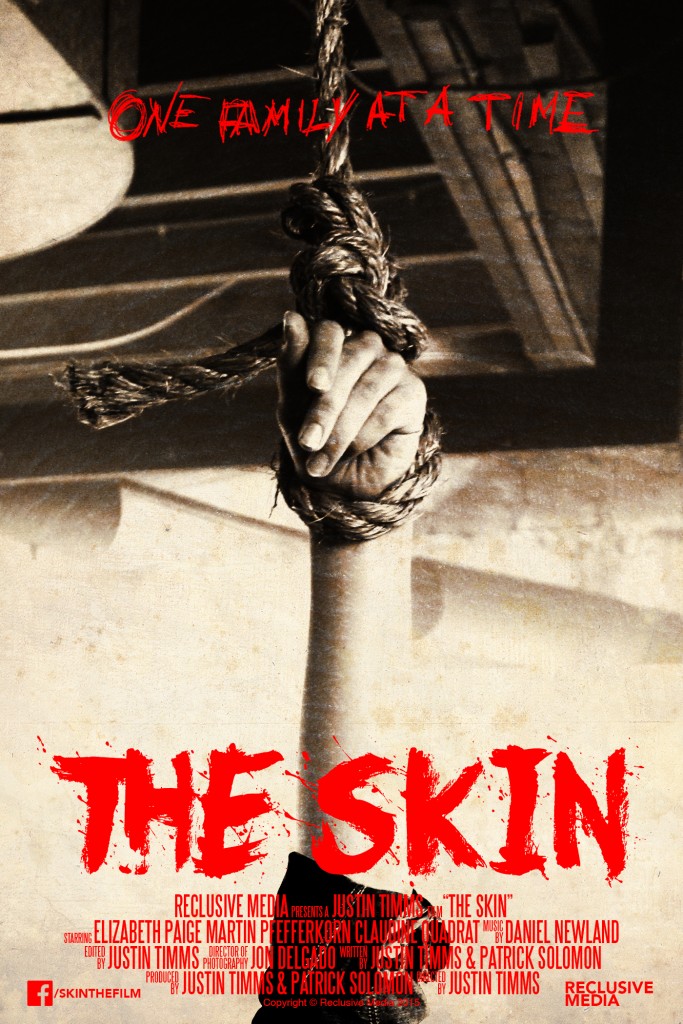