The Strain‘s second season premiered on Sunday, with the airing of “BK, NY”. Like the first season’s “Night Zero”, it was longer than an hour. Also like “Night Zero”, it didn’t really need to be.

It begins with a story that turns about how the Master got his current body. It turns out he can switch bodies by vomiting up all his worms into his new host – a disgustingly horrific moment that can only have come from the mind of Guillermo del Toro. Anyway, this is all fun mythology, and I think the story is actually kind of interesting on its own. But is there a point to all this? If it’s only there to tell as that the Master has that ability, which I’m fairly certain it is, it doesn’t feel worth the time. (Since I’m watching this show live, now, with much longer commercials, I’m much less tolerant of its issue with slow pacing and useless scenes.) 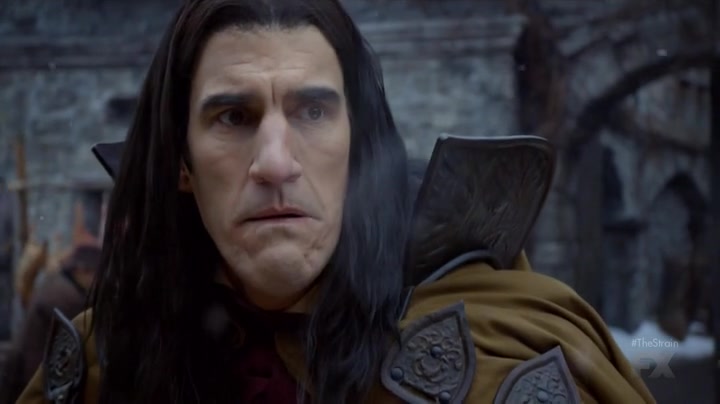 In general, it’s hard to decide what to think of most of the stuff going on here, because I can’t tell what direction the show is going with all this stuff. It’s setup – which is fine, because it’s the first episode of a season, and that’s what those are for. So I’m not going to focus on the plot.

Instead, I’m going to complain about the recasting of Zach. I really don’t like this decision. First of all, the new actor looks nothing like the old one; the suspension of disbelief they’re demanding out of us here is just too much, for me. I suddenly feel like I’m watching an alternate interpretation of a play, at best, and not a TV show.

I get that he’s changed as a character. And actually, showrunner Carlton Cuse’s explanation for the recasting involves his belief that Ben Hyland couldn’t go to the dark place where they wanted to go with Zach this season. And that’s an infuriating explanation, to me. Recasting a character should be a last resort, not something you do with a flimsy excuse like that. And, maybe it’s just me, but I’d have loved to see Hyland’s Zach going dark precisely because he looks so innocent. Can you imagine how much more interesting it would have been to watch the angelic Hyland become emotionally tortured, rather than new Zach, Max Charles, who kind of looks like a playground bully already. 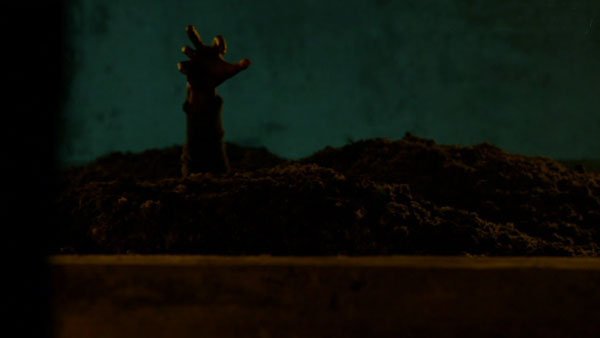 Speaking of changes to characters, drunk Eph is a lot more intriguing to me. He’s scary when he’s drunk. Despite what he says, I don’t like him better this way. But don’t get me wrong, this is a good thing. As a character, he’s added a lot more verisimilitude to his personality, because you can see that he’s the same guy, but drunk. It makes the whole family drama plot in the beginning of season 1 a lot better in retrospect. And more importantly, it adds a tension to his scenes now just from his presence.

The other strongest part of this episode were the visuals. They really went all out here, from the flashback scene where the Master transfers bodies, to the Ancients’ feeding ritual, to the assault in the storage locker. Not coincidentally, these are all scenes where you can feel Guillermo del Toro’s presence.

So the true strength of this show continues to be in the combination of its unique vampire mythology with science, and as an extension of that, the visuals. The weaknesses also remain the same: the pacing, characterization, and dialogue, mainly.