The grave of F.W. Murnau, the silent film director best known for making Nosferatu, has been robbed, and his head is missing. According to German news reports, an unknown person broke into his family’s crypt outside Berlin, leaving his brother’s graves undisturbed, and went straight for Murnau’s head – literally.

Investigators don’t know much yet, but they did discover wax residue, which suggests that the graverobber (or robbers) either used candlelight, or that there was some kind of ritual or occult element to the robbery.

This isn’t the first time Murnau’s grave has been disturbed. Now the cemetary administration is currently considering whether to permanently seal the family’s tomb or to bury Murnau’s body separately from the family.

F.W. Murnau, whose birth name was Friedrich Plumpe, was one of the great silent film directors. He died at the age of 42 in a car accident. A 14 year old Filippino servant was at the wheel of a hired Rolls Royce when the car crashed against an electric pole. Murnau died in a hospital in Santa Barbara the next day, before the premiere of his last film. 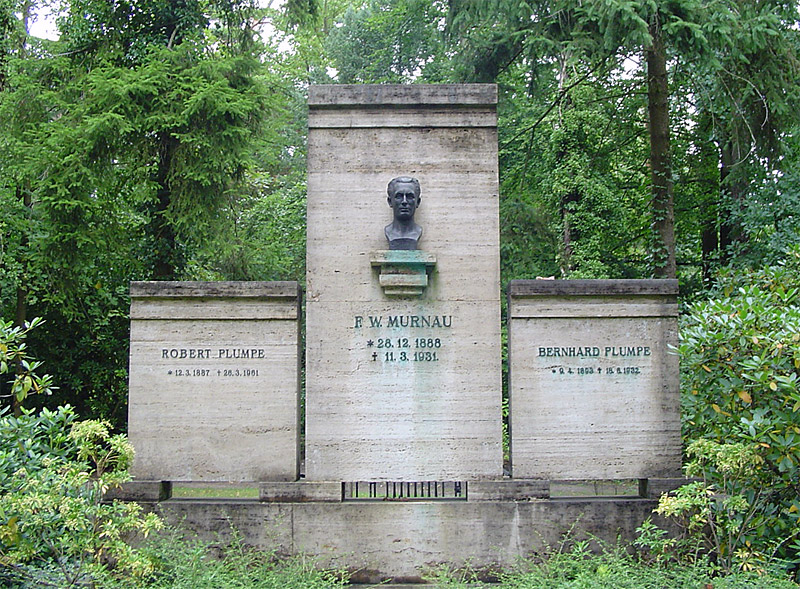