October releases from the Criterion Collection.

The mission of the Criterion Collection is to publish DVD’s of only the greatest films. They’re highly curated and respected; so when we report that they’re adding David Cronenberg’s The Brood and David Lynch’s Mulholland Dr., there’s plenty of reason for horror fans to get excited!

The Brood will be available on October 13th. Criterion’s synopsis:

A disturbed woman is receiving a radical form of psychotherapy at a remote, mysterious institute. Meanwhile, her five-year-old daughter, under the care of her estranged husband, is being terrorized by a group of demonic beings. How these two story lines connect is the shocking and grotesque secret of this bloody tale of monstrous parenthood from David Cronenberg, starring Oliver Reed and Samantha Eggar. With its combination of psychological and body horror, The Brood laid the groundwork for many of the director’s films to come, but it stands on its own as a personal, singularly scary vision.

A love story in the city of dreams . . . Blonde Betty Elms (Naomi Watts) has only just arrived in Hollywood to become a movie star when she meets an enigmatic brunette with amnesia (Laura Harring). Meanwhile, as the two set off to solve the second woman’s identity, filmmaker Adam Kesher (Justin Theroux) runs into ominous trouble while casting his latest project. David Lynch’s seductive and scary vision of Los Angeles’s dream factory is one of the true masterpieces of the new millennium, a tale of love, jealousy, and revenge like no other.

So that’s two October releases for two great horror classics! Mulholland Dr. is a particular favorite of mine, as it’s endlessly rewatchable, and has the single scariest jump scare ever (for me, at least). 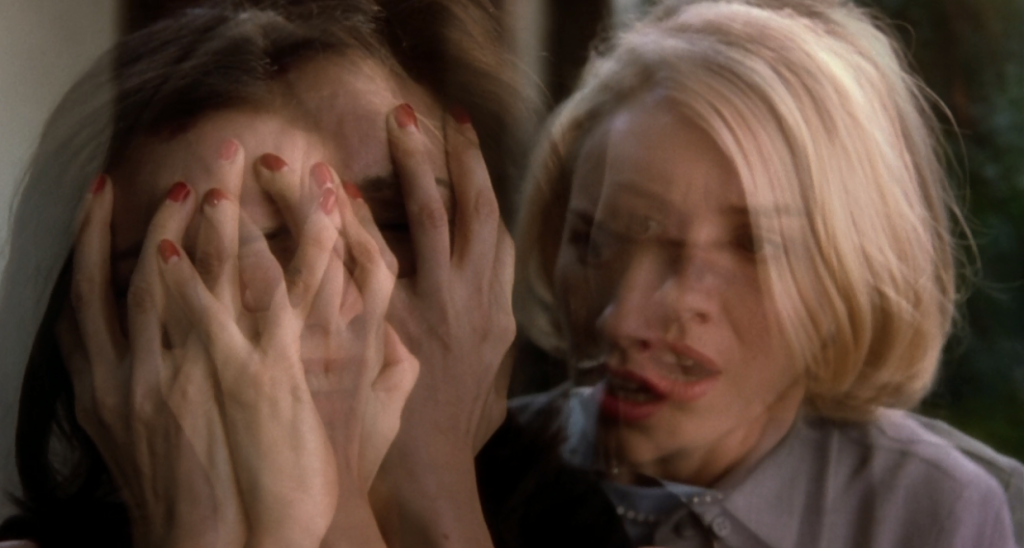