Mumblecore icon Mark Duplass and indie director Patrick Brice (The Overnight) come together to shoot a cheap, short found-footage horror movie. The two actors are the only ones onscreen, and they wrote the story together with Brice in the directing chair. The film is largely improvised. At 75 minutes (plus credits), Creep tries to do a lot and is successful to an extent. Brice and Duplass try to bring an indie aesthetic to horror and play with naturalism even as things get more fantastical. It’s an interesting idea but I’m not sure Duplass and Brice pull it off.

Aaron (Brice) is a filmmaker who answers an ad by an eccentric man named Josef (Duplass). For some much needed money, Josef wants Aaron to film one day in his life. Josef is suffering from terminal cancer and, with a baby on the way, wants his unborn kid to know his dad. Josef is a fan of the Michael Keaton movie My Life. But Aaron starts to suspect that Josef is a lot stranger than he thought. For one thing, Josef strips naked in front of Aaron and simulates giving his kid a bath–like his own father did. As the day turns into night, Aaron feels suffocated by Josef’s own desperation and wants to leave, but can’t find his keys…

Creep is, well, creepy. From the moment the movie begins, I felt really uneasy. The whole setup feels too indie-saccharine. The young filmmaker, the dying rich guy who wants to leave a legacy, the excluded cabin. These are elements common to indie movies, especially mumblecore films. That subgenre thrives in naturalistic films about relationships and people. Creep‘s premise is believable enough but still the kind of thing that only happens in indie movies. 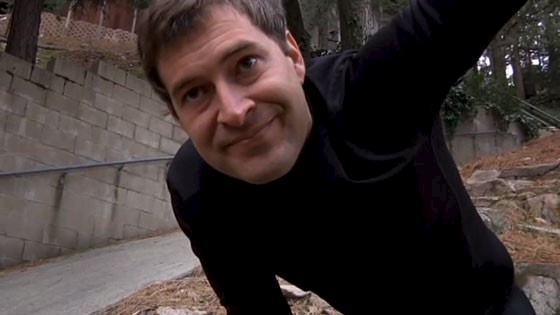 That Duplass and Brice thought to turn this indie set-up into a horror/suspense film is quite clever. I liked the sympathetic but weird Josef. The film builds on things that could be sweet but, through the off-kilter lens of horror, feel unsettling. As the film goes on, it loses some of its own goodwill by use of shaky cam (nowadays, a cheap trick for getting scares without effort) and too many fake-outs. Creep is part-horror, part-comedy but the ambiguity doesn’t benefit it much. I wanted the film to be scarier and riskier.

As the film moves on its final act, the film can’t maintain its own creepy indie vibe. Brice and Duplass had a great set-up but absolutely no idea how to end it. Maybe on some level, I’m reviewing the movie I wanted this to be–tight, in one location and with a nerve-fraying ending–and not the one I got. But like with most found footage movies, Creep strains itself justifying why the camera is on and the scares are more “hm, okay” than effective.

Patrick Brice is a young director who is rough around the edges. But there are some genuinely great moments, like when Josef delivers a monologue in complete darkness or when Aaron answers Josef’s phone. There are some well-composed shots as well. These moments feel organically chilling; with a bit more practice, Brice could make some great horror. He just needs a more concise script. That’s always been my issue with mumblecore/improvised films. Sure, they feel organic but there are just times when you need structured dialogue and story. 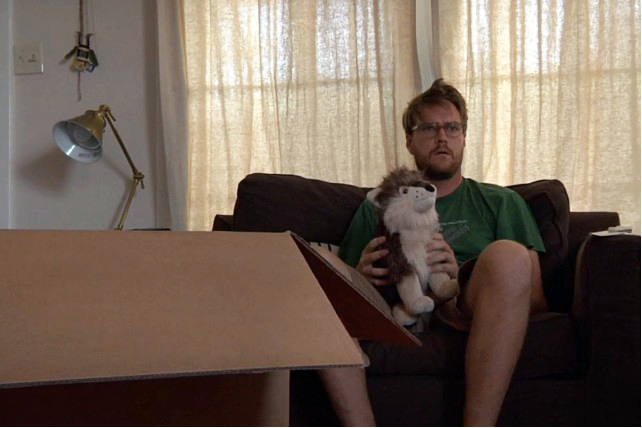 Mark Duplass is a fine actor, who brings enough charisma and sincerity to the role. I like how he underplays a lot of Josef’s quirks just enough that you doubt your own suspicions. Patrick Brice is decent as Aaron but there’s not much subtlety to the role. It takes a skilled actor to make a reactive character like Aaron stand out beyond the “what’s going on?” character beats. Brice is almost there but it’s his chemistry with Duplass that makes the character work.

Creep  works fine as an experiment. It’s cool that these guys got together to make this project. It’s a good film to watch because it’s short, has some interesting scenes and features a standout performance from Mark Duplass. But I don’t think it adds much to the horror genre beyond the idea of bringing mumblecore to horror. While that’s a clever idea, the execution in Creep leaves something to be desired.