Better brush up on your table manners…

It’s a little late coming, but a Saw parody is happening. Wrestler John Kap is executive producing and starring in Slaw, from a script that he collaborated on with Richard Tavernaro. Fellow wrestler Kevin Nash will also star.

Here’s the synopsis we have:

SLAW is a parody of the SAW franchise of movies and follows the antics of two brothers who terrorize anyone who ruins their “dining experience”.

Be careful who you make angry when you’re out to eat – when it comes to food, you only get one chance for a first impression.

The film is being directed by Matt Green and enters production on August 3rd. 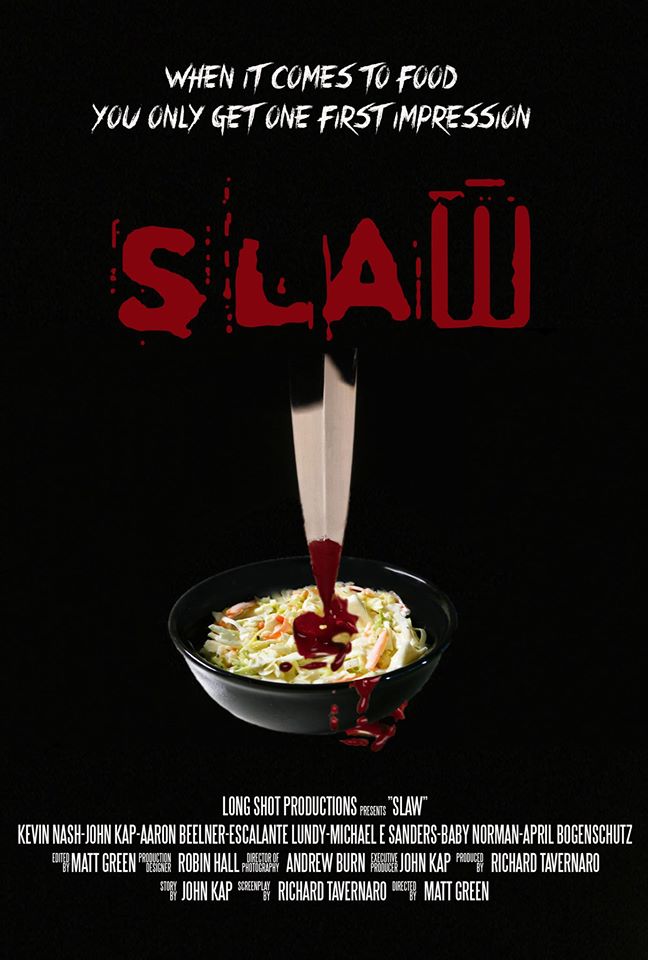