This week, convicted and escaped bank robber Jason Stange was apprehended by federal agents in Olympia, Washington, where he was starring in a low-budget horror film.  In 2006, Stange pleaded guilty to one count of armed bank robbery and was sentenced to ten years in prison.  During his sentence, he was sent to a halfway house, from which he absconded and has been labelled a wanted fugitive ever since.

Instead of leaving the country, like any decent criminal would, Stange auditioned for a horror movie, got the role, and decided to stick around, presumably hoping for a happy ending.  Instead, law enforcement recognized him from a photo taken on the set of the movie for a publicity piece published in the The Olympian.  Stange was arrested shortly after the film wrapped, in a restaurant close to the set.  His costars and director have described him as “a great guy,” even saying that “everyone liked him a lot.”

The movie is called “Marla Mae” and should be released sometime next year. 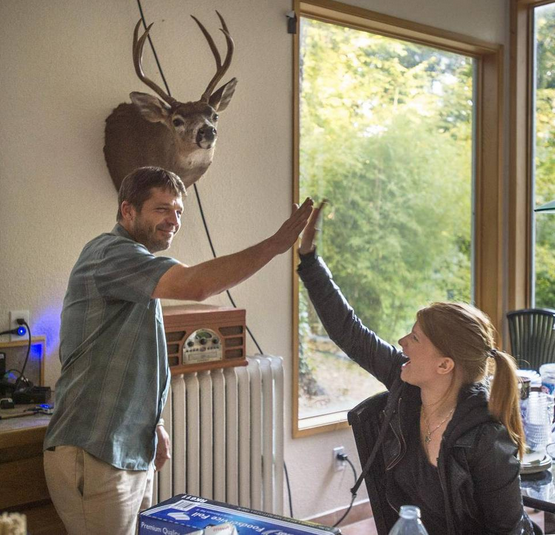 One of the behind-the-scenes shots that led to Stange’s arrest.