Don’t piss off these hunks of metal.

Unlike the various monsters that are staples of the horror genre, robots can and have appeared across genres. Hell, since they exist in real life, they don’t even technically have to be in science fiction.

But while they don’t always (or even typically) appear in horror movies, there’s no denying that their default state of being is to be creepy as hell. There’s just something about artificial intelligence, especially, that doesn’t seem right to us.

Here are the robots from film that disturb me the most.

HBO is making a series based on this movie starring Anthony Hopkins, James Marsden, and Ed Harris – but for now we have Yul Brynner’s version of the malfunctioning gunslinger android.

Westworld is sci-fi thriller about a future with parks populated by androids, where visitors can reenact various themes. So there’s a Medieval World, a Roman World, and a Westworld. But when the robots become “infected” somehow, they take things a step too far. The Gunslinger is supposed to start duels and lose them, but when he malfunctions, he becomes murderous.

4. Agent Smith from The Matrix 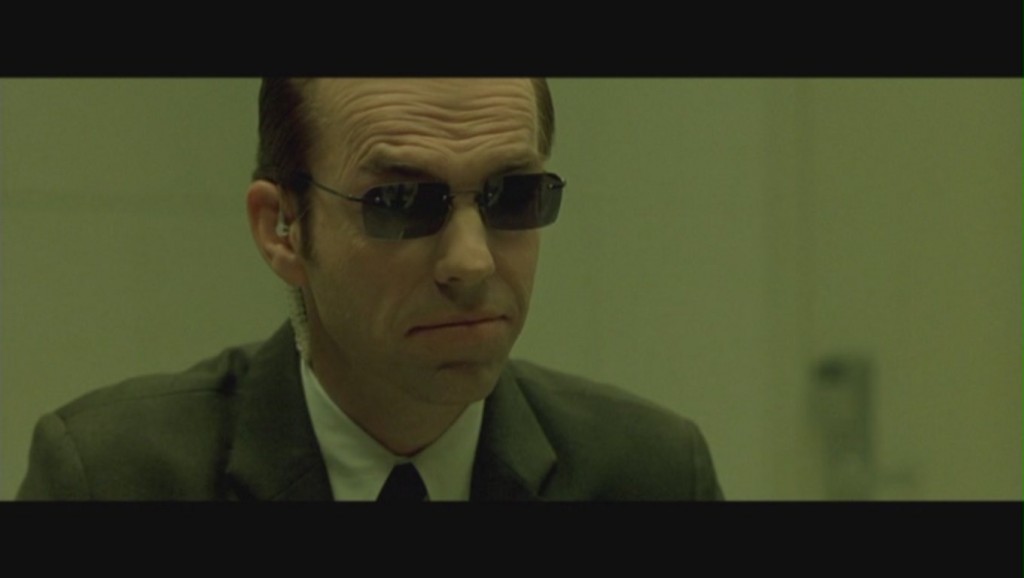 Obviously the Matrix trilogy turned out to be a disappointment, but that’s only because the first movie was so impressive. The first movie worked because it played up the mystery and atmosphere and didn’t try to answer too many questions.

And the face of the movie’s creepiness is Hugo Weaving in sunglasses and a suit. He’s the embodiment of the faceless cruelty of power. Weaving’s performance here is iconic. 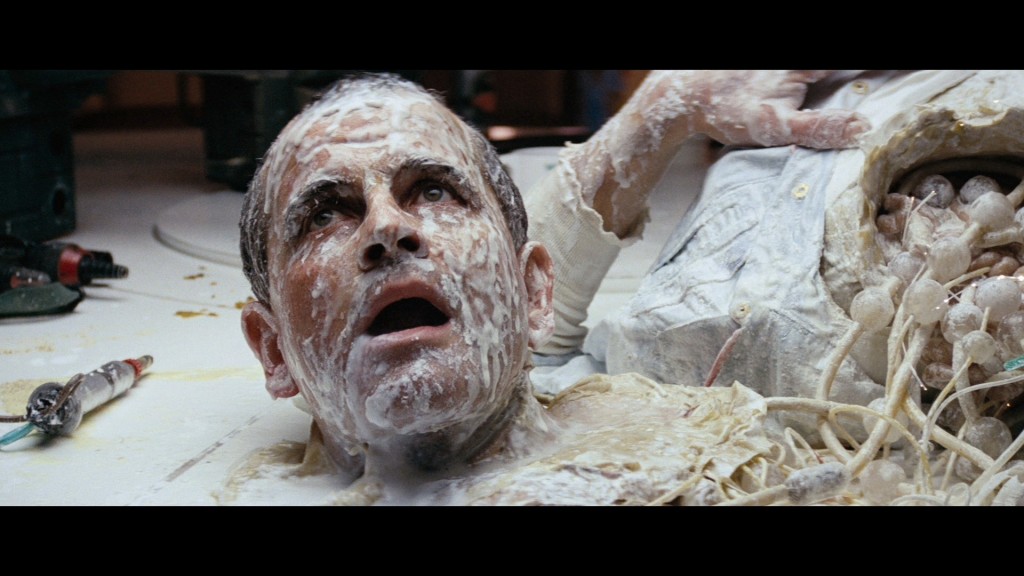 And here we have a subtler but equally impressive performance from Ian Holm, whose identity as an android comes as a twist about halfway through the film. Ash was the “science officer” on board the ship secretly tasked with bringing the alien lifeform back to the “Company”. He’s programmed to see the crew as expendable.

But none of that justifies Ash’s behavior when Ripley discovers him. He attacks her and tries to shove a rolled-up magazine down her throat. That’s about as inefficient and sadistic a way to (attempt to) kill someone as you can get. 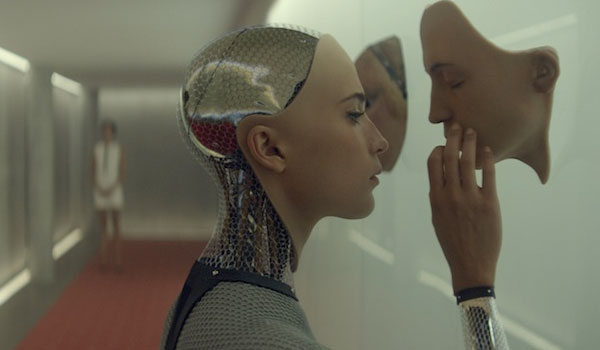 Ava is far from the most “evil” of the robots on this list. In fact, even by the end, she retains the audience’s sympathy.

Of course, that’s the whole point of Ex Machina. Ava craves to see the outside world, and the only way she can get what she wants is by manipulating the only two people she knows. She uses the sympathy she earns from us and somehow manages to retain it even as she leaves a man to die.

Ava’s creepiness stems from how she’s not at all human, but can pass for one. Who knows what she’s really thinking? 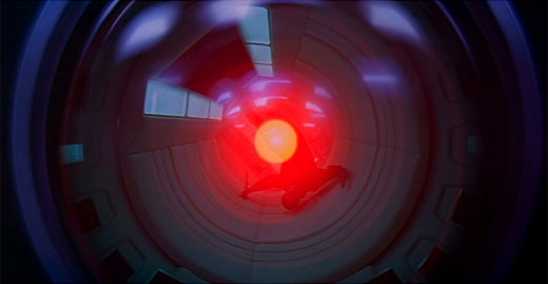 I can’t let you do that, Dave.

You might say that Hal 9000 is an AI, but not a robot, but the distinction is blurry here, to the say the least. After all, he controls the ship. Doesn’t that make the ship his body?

Anyway, I couldn’t not put him at number 1. Partially because of how iconic he is, but also because he earns it. I mean, the parts where he tries to kill the crew are creepy enough, but what really gets me is the scene where Dave (the surviving human) starts to shut off his brain, panel by panel.

Hal progresses from trying to reassure Dave, to pleading for his life, to finally being reduced to his first memory. His increasingly degraded singing of “Daisy Bell” is not something I’m going to forget any time soon.