The Evil Dead star said at the TCA conference this weekend that “‘Ash vs Evil Dead‘ will force us to make more movies. That’s only 10 hours of programming, we need 8 more movies. Making a fourth movie would work. No matter what we give them it will never be enough.” 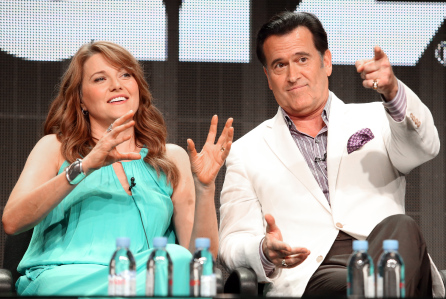 On stage with him, Sam Raimi – the director of the original Evil Dead feature and two sequels – said that he would be happy to be behind the camera for more films if Campbell would be in front of it.

Campbell also teased that the new series could have a very long life, depending on how audiences will react. Based on the cult classic horror movies, the 10-episode, 30-minute Starz series debuts on Halloween, as was announced at Comic-Con.