Scified shared a page from the latest issue of Total Film magazine, which claims that Prometheus 2 shoots in January.

This is a bit surprising to me, as I always heard that Prometheus, which acted as a prequel to the Alien franchise, was terrible. Apparently it was considered a box office success though, so I guess that’s all that really matters.

While the plot for Prometheus 2 is unknown as of yet, it is said to feature multiple units of David the android. And we do know it will not be affected by Neil Blomkamp’s separate Alien 5, which is currently in production. Ridley Scott is also an executive producer to ensure the film is consistent with Prometheus.

(Look at the last paragraph, on the lower right of the page.) 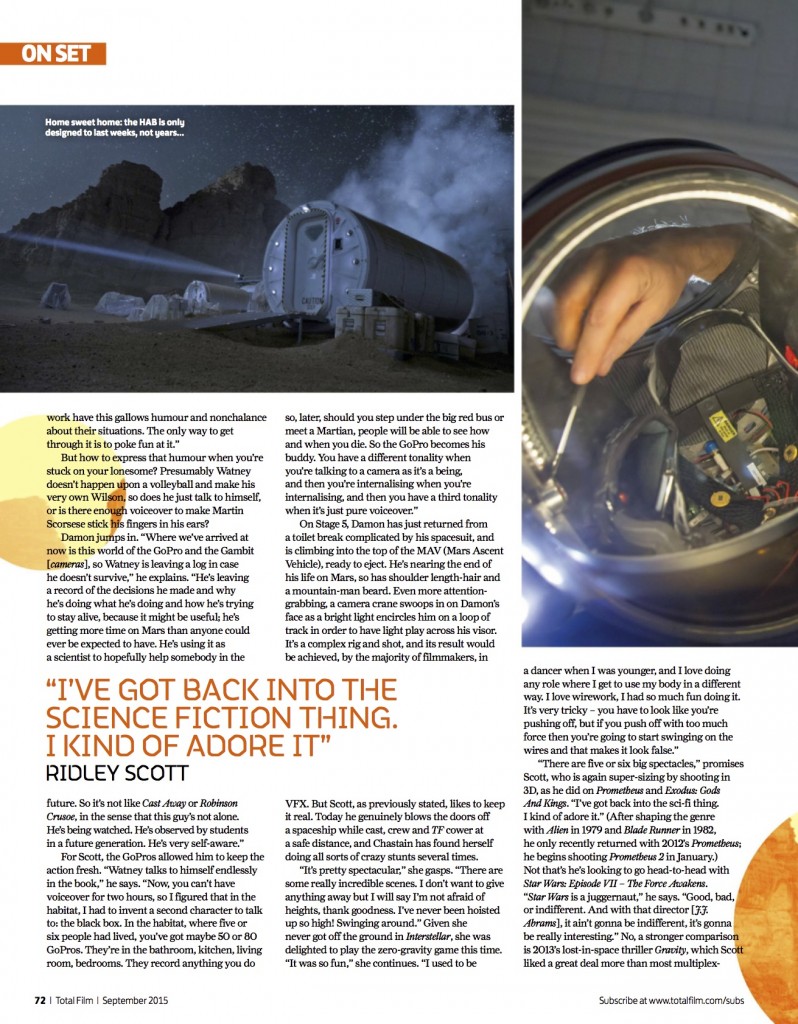