“Quick and Painless”, last night’s episode of The Strain, more or less continued the show’s latest string of strong episodes.

Within the first few minutes, as the characters split up into different missions, the episode splits into three main plots. There’s Eph trying to avoid detection on the train to LA, Setrakian continuing to track down the Occido Lumen, and the rest of the gang end up helping the authorities in their efforts to clear out Red Hook.

Having Eph spend an entire episode hiding from his old boss, Dr. Barnes, on a train sounds terrible, but it’s actually the best of the three subplots. This is because it’s a simple but effective setup. Eph has one goal: get to DC undetected, and there are plenty of obstacles to that goal. He’s a minor celebrity, so he has to disguise himself, and stay in cars with relatively few people. But then there’s an escalation: Dr. Barnes is making his way through the train. He hides in the bathroom, but he ends up getting caught anyway, leading to a climax where he’s forced to make a drastic decision, ultimately throwing Barnes out of the train. I should note the dramatic irony here: Barnes was intimidated earlier in the season into working directly for Eichhorst and Palmer when they threw the former Health Secretary out of a balcony. 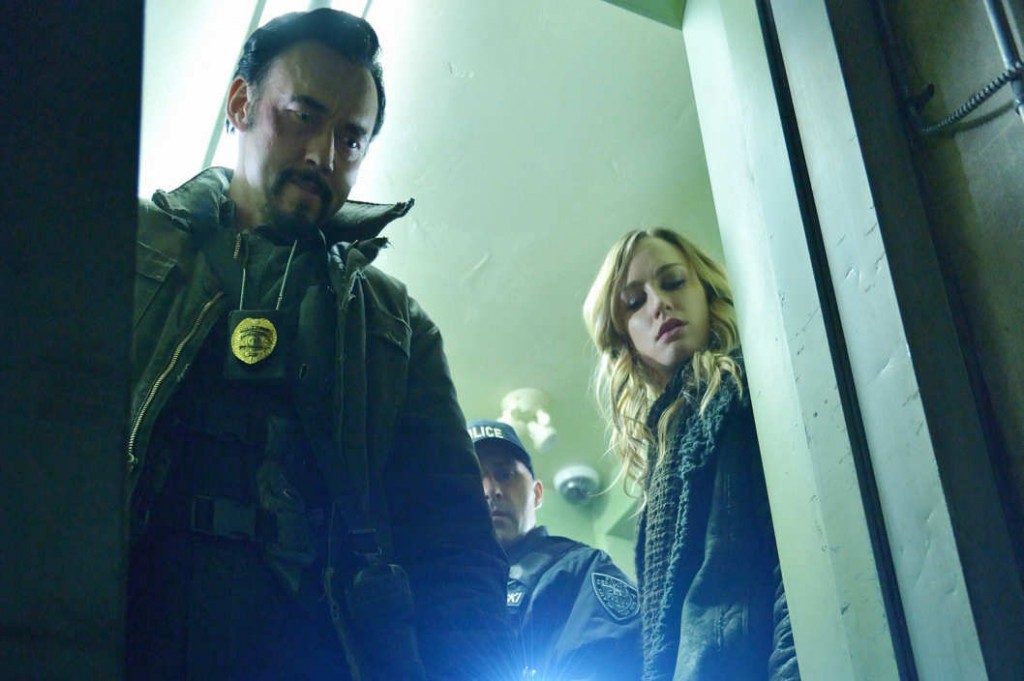 The Nora/Fet/Dutch plot was also pretty good. It’s interesting to see them getting roped into working with the authorities, since they’ve been setup as “Lawful Evil”/fascist antagonists, but it makes sense. It’s fun to see Fet interact with the SWAT team captain, and Nora bringing her expertise to Faralda and ultimately helping her euthanize her nephew is another nice, small dramatic moment. It always serves The Strain well when they narrow the scale, and dramatize characters’ personal loss.

As for Setrakian’s plot, I can’t say it was terrible. There’s a nice enough moment when he has a standoff with Creem and gets what he wants. But there’s not much to discuss here. It was nothing special.

In all, it felt like there was a lot of progress happening in this episode even as the show managed to not actually progress at all. I have to commend them for pulling off that illusion. But since that’s the case, why on earth is it necessary to go over an hour? At this point, it’s happened so many times that they might as well have scheduled an extra episode instead.