Creeped out by clowns? You’re not alone.

Coulrophobia: the irrational fear of clowns.  If you ask your average horror fan, they would scoff at the word “irrational” and insist that all clowns are maniacal, grease paint-wearing fiends, and thus a fear of them is not irrational, but rather completely reasonable.  Most children would agree.  In a study conducted by University of Sheffield, researched Dr. Penny Curtis “found that clowns are universally disliked by children.  Some found the clown images to be quite frightening and unknowable.” 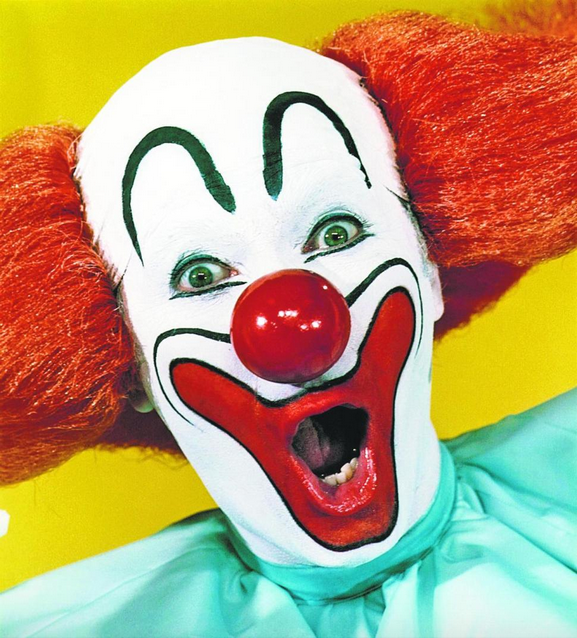 I cringed getting this image.

Clowns have been around for quite awhile, and so has the stock character of the “evil clown” or “killer clown.”  Early representations of this trope appear in the play La Femme de Tabarin by Catulle Mendès as well as in the opera Pagliacci by Ruggero Leoncavallo.  The modern interpretation of the killer clown literary trope was first introduced by Stephen King through his novel titled IT, which featured a shape-shifting monster who preyed upon children, and who often took the form of “Pennywise The Dancing Clown.”  King’s infamous antagonist may seem too perverse to have been influenced by anything other than a sick imagination. Or is it? 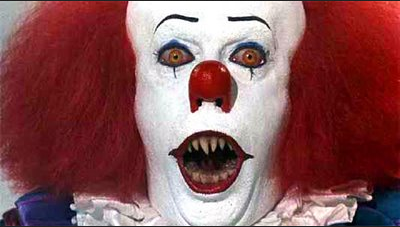 A decade before IT was published, American businessman and respected member of the Norwood Park, Illinois community John Wayne Gacy confessed that he “killed thirty people, give or take a few” between the 1972 and 1978.  His victims were teenage boys and young men.   After a thorough investigation of Gacy’s home and surrounding property, the police discovered the remains of 26 victims in Gacy’s crawlspace, as well as 3 others buried elsewhere on the property.  Gacy said that he dumped the four other known bodies in the Des Plaines River. 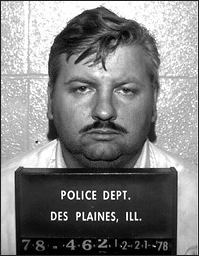 Gacy was arrested in 1978 and his court proceedings began February 6, 1980.  He was charged with 33 counts of murder.  Adhering to his legal team’s council, Gacy plead not guilty by reason of insanity.  However, due to the premeditated nature of his crimes, the efforts he had made to avoid detection, and testimonies from the men who built his crawlspace as well as those of two early victims who survived hours of torture and sexual assault perpetrated by the defendant, Gacy was found guilty of 33 counts of murder, 1 count of sexual assault, 1 count of sodomy, and 1 count of child abuse.  He was sentenced to death.

What does this have to do with clowns? While incarcerated and on death row, Gacy began to paint.  Most of his drawings featured clowns, and some depicted himself in his “Pogo the Clown” costume he wore during fundraising events in his town.  Yes: John Wayne Gacy, convicted serial killer and rapist, was a clown (although he never murdered while in his clown costume).  Gacy was executed by lethal injection on May 9, 1994. His last words were “kiss my ass” and his paintings were auctioned posthumously.  On the murder memorabilia site Serial Killers Ink, a 14 x 18 original painting by Gacy of “Pogo” sold for $2,750. 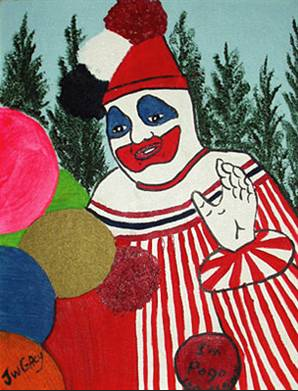 Gacy undoubtedly inspired King’s IT, and IT‘s legacy sparked numerous other “killer clown” movies and representations (try going to a haunted house or corn maze and not seeing one or nine clowns).  Even though Gacy didn’t exactly start the entire “fear of clowns” thing, he certainly sparked a new and modern reason to distrust them.  Gacy’s crimes and legacy are explored and analyzed to this day, making him a sort of transgressive societal and cultural icon.  There are numerous books, movies, and documentaries devoted to telling his story.  I remember watching one or two of the documentaries in my high school forensics class, during our “Serial Killer/ Criminology/ Forensic Psychology” unit.

This year, a new documentary titled John Wayne Gacy: Defending A Monster is due for release.  It was directed by Marc Menet and Scott Prestin and will focus on both the crimes Gacy committed as well as the lawyer who provided his defense.  It is based upon a book by the same name, written by Sam Amirante and Danny Broderick. 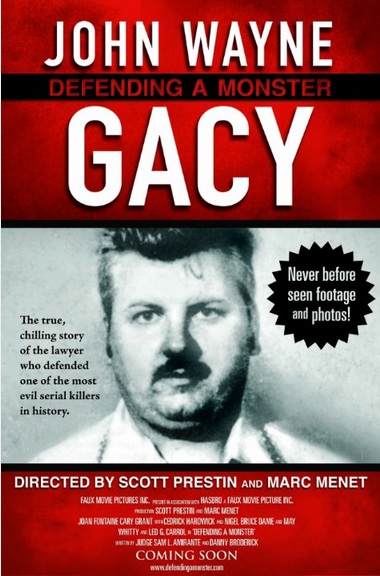