The Internet is freaking out about the first look at Lady Gaga’s American Horror Story: Hotel getup.  The photos feature her in a pink gown, her blonde hair in an up-do, and a single metallic silver glove.  I want to know two things: is the glove for fashion or for function? And have any Etsy shop owners started making replicas yet?

Also: According to Hollywood Life, Lady Gaga’s character, Elizabeth, will apparently be in “a love triangle between Matt Bomer and Finn Wittrock as well as involved in a steamy romance with Angela Bassett.” Niiice. 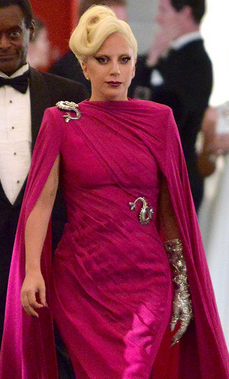 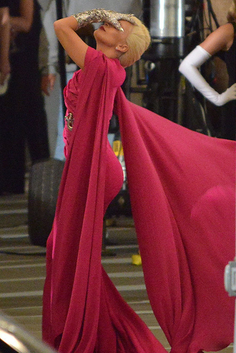 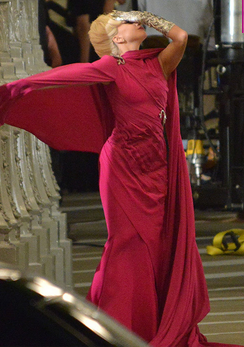 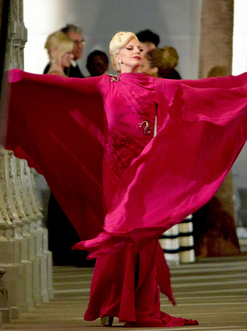