Horror, by way of Nicholas Sparks.

In 2012, the Ethan Hawke movie Sinister opened to good reviews and good box office ($77 million off a $3 million budget). So three years later a sequel has come out, taking us back into the world of Bughuul and his murderous children. James Ransone takes up the lead role, reprising his Deputy So-and-So role with Shannyn Sossamon, Robert Daniel Sloan, Dartanian Sloan, Lea Coco and Tate Ellington rounding out the new cast. Sinister 2 is directed by Ciaran Foy (Citadel), with the script by Sinister director Scott Derrickson and co-writer C. Robert Cargill.

Deputy So-and-So (Ransone), out of the police force, is now a private investigator trying to track and stop the Bughuul killings. His search leads him to an old rural home, where the adjoined church is marked by grisly murders. Unfortunately he finds the house occupied by single mother Courtney (Sossamon) and her two sons Dylan and Zachary (the Sloan brothers) on the run from her abusive ex-husband Clint (Coco). While the good-natured deputy investigates the church, the boys are visited by Bughuul kids. 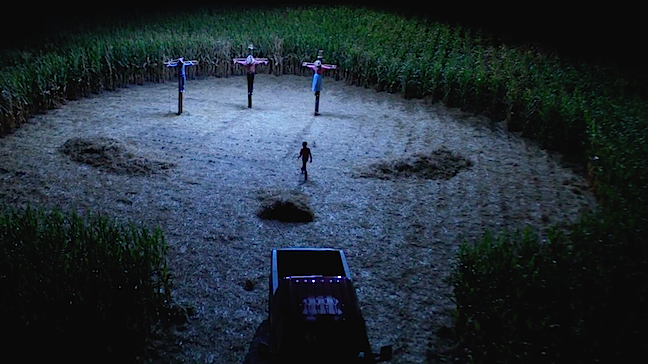 Some of the best horror films take some sort of real life horror (patriarchy, addiction, abuse, isolation) and turn them into some sort of supernatural or external fear. Look at The Shining, Repulsion, or The Babadook, for example. Even Sinister and the Insidious movies have some element of this.

Sinister 2 does something that’s kind of cool, by showing the two types of horror–Bughuul and Clint–as competing horrors which are diametrically opposed to each other and linked together. Unfortunately, I’m not sure this film does much with the idea because this film is more focused on jump scares.

Partway through the film, I was so bored by the standard scares that I started imagining the movie as a Nicholas Sparks romantic drama. The elements are all there–frustrated single mom, charmingly hapless sweet guy, abusive ex, rural Southern locations. Derrickson and Cargill really drive home the domestic drama part of the story. It’s compelling but a clear distraction from the emptiness of the scares. Bughuul and his posse aren’t very scary.

Ciaran Foy coats the film with a blah palette, and retains Derrickson’s shadowy look. I get annoyed when people don’t turn on the lights in horror movies but I guess I’ll have to live with it. The film does feature a cool cornfield chase and the home movies remain as unsettling as ever. The score by tomandandy is eerie and eclectic, and it’s the best part of the film. But the film is just not a good time at the movies. It has its moments but fails to live up to the memorable highs of Insidious or Sinister. 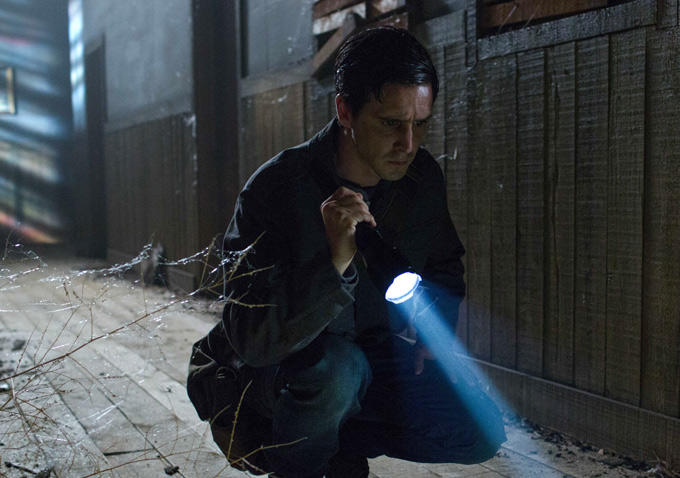 James Ransome is decent in his leading role. His goofy deputy act is sweet and I liked that he was visibly scared by his investigation. Fresh off her star turn in the miniseries Wayward Pines, Sossamon does really well but the film strips her of any agency. I don’t really like to rag on child actors because they’re children. But the Sloan boys are tough to watch. They’re shrill over-actors and the heavy-handed material doesn’t help much either.

I can admire Blumhouse Productions for making these low budget/high profit horror films that are at least not based on any preexisting material. Sinister 2 is decent but ultimately forgettable as another expansion of a story that should have been a one-and-done.  The movie annoyingly ends on a cliffhanger jump scare but whether there will be a Sinister 3 depends on the box office take of this one. I wouldn’t mind a part 3 but I don’t think it’s necessary.