Alice is definitely getting some wounds.

The most recent film in the Resident Evil franchise, Resident Evil: The Final Chapter, is currently in pre-production and is set to to begin principal photography. The Paul W.S. Anderson film is to start filming in South Africa this fall with Ali Larter to return as Claire Redfield and Milla Jovovich to return as Alice.

Jovovich shared on Instagram images of her make up test before filming starts. 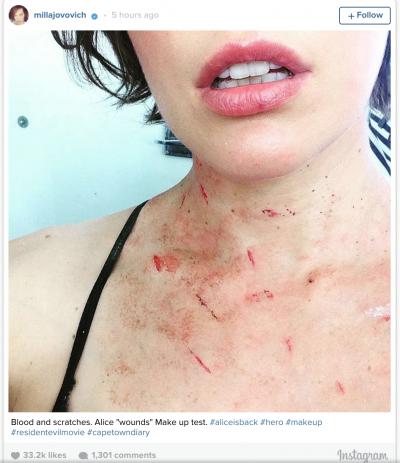 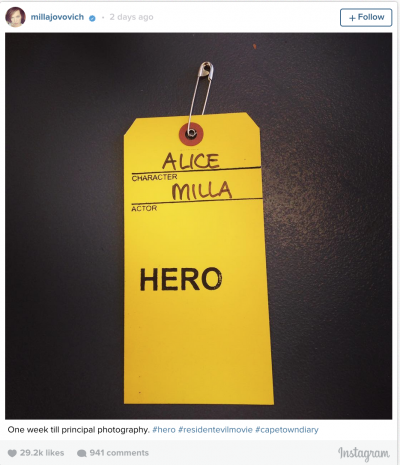 Resident Evil: The Final Chapter picks up after the events of Resident Evil: Retribution, as the Project Alice is forced to race against time before the villainous Red Queen attempts to destroy the final remnants of humanity.