Guess you shouldn’t have littered. 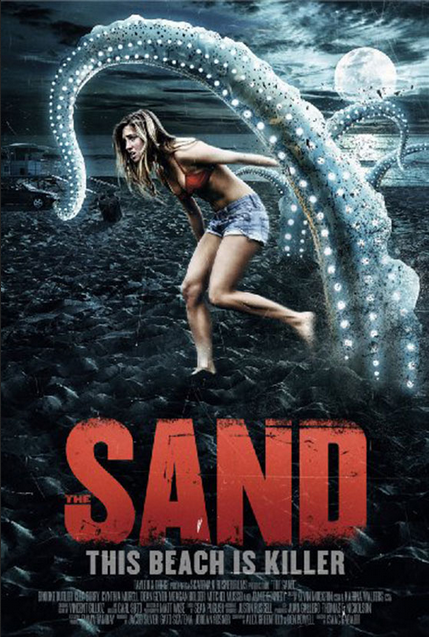 Seriously though; protect our planet.

Very soon, the world will be able to watch Isaac Gabaeff’s new feature film titled The Sand.  It’s a horror flick that looks almost identical to Blood Beach, and will be about–take a guess– killer sand.

After an all-night graduation beach party, a group of hung-over twenty-somethings awake to a beating sun, and a seemingly carnivorous beach that devours anything with a heartbeat that touches the sand.

Sounds like one hell of a hangover.  The trailer has been dropped and it makes the movie look like the world’s most intense game of “the floor is lava.”  It also looks like everyone’s expectation of a B-horror movie: gorgeous women in bikinis, jock-y dudes, and gratuitous blood and guts.  Oh, and don’t forget about the Token Black Guy (although in the trailer, there are a grand total of TWO people of color. Way to be progressive, Gabaeff! *eye roll*).

The Sand will be released October 13th to DVD and VOD.  You can find the trailer for The Sand as well as that of Blood Beach below.  Oddly enough, the trailers for both movies made me want to gather my girlfriends and drive to the beach…