Work.  It sucks the life out of you. 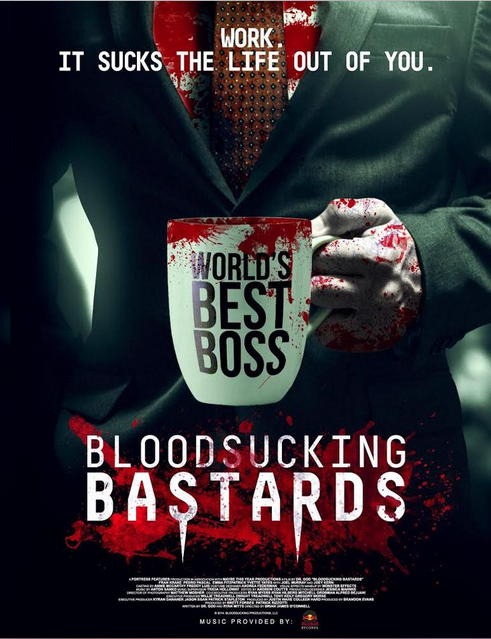 We’ve all dealt with that one guy in the office.  He comes in late, alienates people with his entitled and pompous attitude, and takes credit for other people’s work.  And yet, somehow, he’s the boss’ favorite employee.  It’s a story told time and again , in movies, television shows, and over a few cocktails with your buddies during happy hour at The Pour House.  Brian James O’Connell’s new movie, Bloodsucking Bastards, introduces a new twist to that old sitch.  This horror-comedy is a workplace bloodbath:

Evan (Fran Kranz), a dutiful and overworked employee stuck at a soul-killing corporation with his beautiful co-worker and girlfriend Amanda (Emma Fitzpatrick) and his slacker best friend Tim (Joey Kern). Evans world begins to crumble when Amanda dumps him and his boss Ted (Joel Murray) hands his coveted promotion to his nemesis Max (Pedro Pascal). When his office mates start going through disturbing changes, Evan must find a way to stop the evil brewing amidst the cubicles, and rescue his workplace pals before his life and career go from dead-end… to just dead.

The trailer promises energetic and bloody action sequences strung together by hilarious one-liners.  It comes out in select theaters and on VOD tomorrow (September 4th).