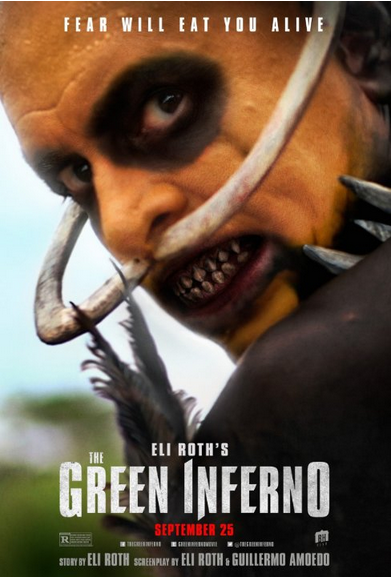 In anticipation of the September 25th theatrical release of The Green Inferno, writer and director Eli Roth has just released the full track of the film’s theme music.  Appropriately titled Escape The Green Inferno, the almost-three-minute song was a collaboration between Roth and musician DJ Ashba. 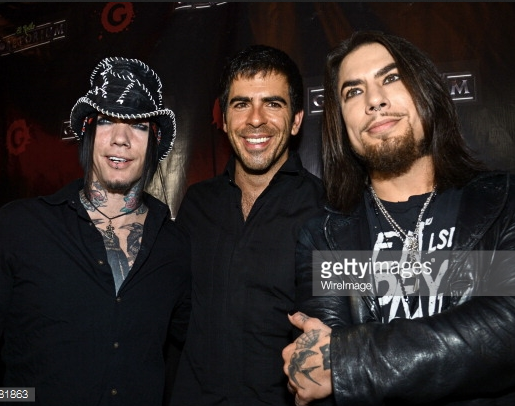 The song starts with canned “jungle” sounds, including monkeys, tropical birds, beating drums, and the chopping sound of a helicopter’s blades.  Then comes a more melodious and ominous tune, signifying the dangerous (mis)adventure the characters embark on.  The tune is continued for a few measures, accompanied by percussive beats from various instruments, followed by a brief interlude, in which only bird calls and light drumming can be heard.  And then DJ Ashba lets loose and really rocks out.  An electric guitar, with liberally applied distortion, becomes the main focus of the song.  The guitar, on which a fast-beat melody is played, is backed up by a more “rock and roll” percussion style than the “tribal” drum beats featured at the beginning of the song.  The aforementioned ominous tune played earlier is repeated, this time heavily distorted on the guitar.  The song ends abruptly with symbols.

Even if The Green Inferno flops, or if no one goes to see it because of the racist overtones (highly unlikely), we will at least have an energizing and motivating song to listen to as we go about our days.