It’s been a Shyama-long time coming.

The Sixth Sense and Unbreakable are terrific. Signs and The Village are visually gorgeous with some resonant themes. But since then, M. Night Shyamalan has had some trouble with finding good writing to match his eye for filmmaking. Or he was making studio-controlled movies as a director for hire. I can’t quite pinpoint where Shyamalan went wrong (partly because I don’t think I’ve even seen some of his later movies) but I felt for him. He became a punching bag but now it looks like he’s tying to win our favors.

Becca (DeJonge) and Tyler (Oxenbould) are two precocious kids who want to visit their grandparents so that their frazzled single mom Paula (Hahn) can take a vacation with her boyfriend. Paula is hesitant since she hasn’t seen her parents in 18 years but Becca wants to make a documentary as a way to figure out what the beef was. When Becca and Tyler meet Nana (Dunagan) and Pop Pop (McRobbie), they start to notice some weird things going on. There’s a strict 9:30 pm curfew, after which they hear and see strange things going on. As the visit continues, the kids fear that something is seriously wrong with Nana and Pop Pop. 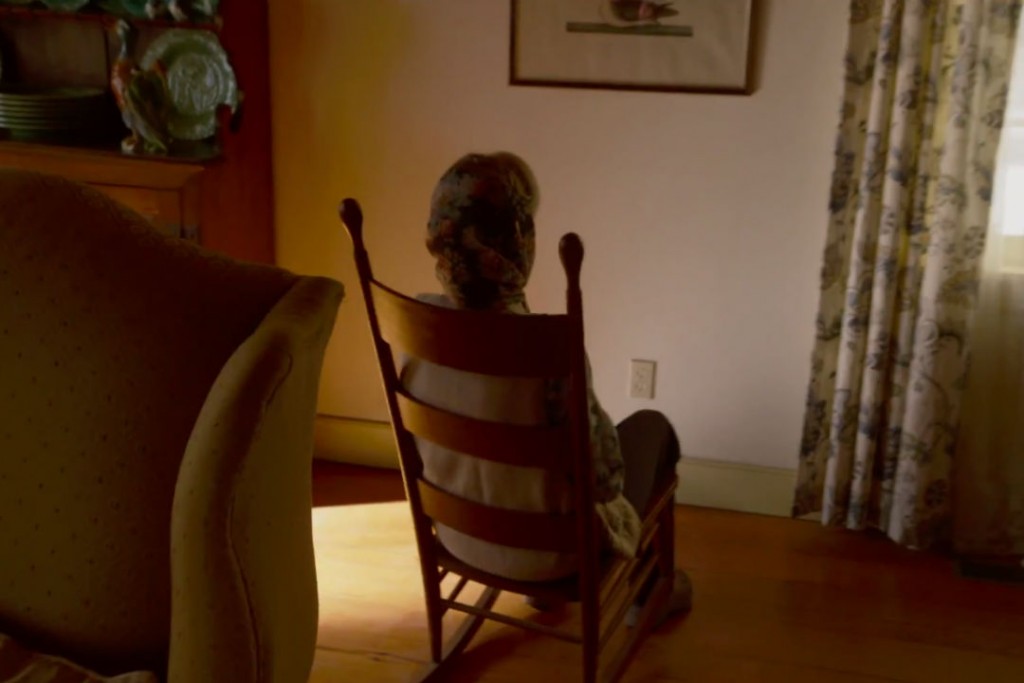 The Visit is awesome. It’s funny, it’s scary and it’s engaging. Shyamalan coats the film in an uneasy but delightful dread. Nana and Pop Pop are scary, because they switch from being lucid and comforting to being horrifying and bizarre. Their behavior is strange, especially in the eyes of two teens who have never seen old age. By having the lead characters be children, the movie spends some time teasing the horror; old age is terrifying to kids even without any external horror.

So M. Night Shyamalan is known for his big twists and The Visit sets up a few big twists that surprisngly never come. And so when the reveal arrives an hour or so in, it’s so obvious it’s laughable. But the joke’s on us, not M. Night. Generally as a rule, I don’t try to guess twists, but my brain was racing throughout the whole movie. While some people might be disappointed, I thought it was ingeniously direct and possibly a send-up of the more outlandish stuff that Shyamalan’s known for.

The Visit isn’t just a horror/comedy. I found the film really sad, full of regret and longing, Becca and Tyler are looking for some kind of familial stability, some form of a “normal” home. Paula has a line, “I’m a Wal-Mart sales associate on the world’s  biggest cruise ship” (I’m paraphrasing) that gives a sharp look at the kind of life this little family has. How wonderful it would be for them to get to know their grandparents, fix the rift between them and their mother and have a haven from their every day lives. 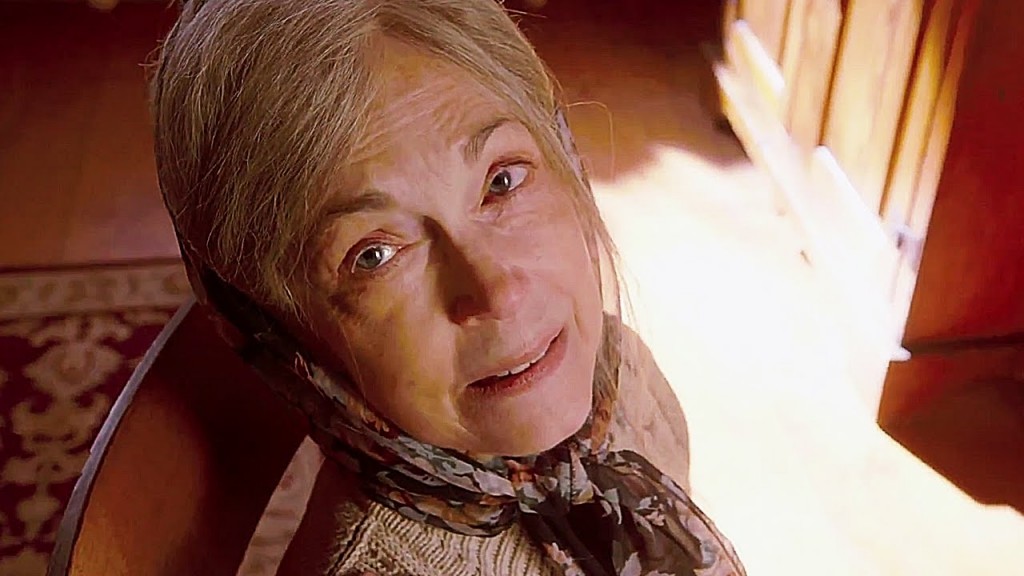 The look of the film is quite cool. Shyamalan adds some nice touches to the found footage formal by having Becca be a pretentious film snob (she reminds me of myself, only I was a film snob at 20, not 15). He likes to place the camera on surfaces, which provides some nice off angles to add some weirdness to the too sweet family scenes. His cinematographer Maryse Alberti (Velvet Goldmine) is quite amazing. The film has some beautiful, eerie shots. I also want to point out a slow zoom in during a scene that just features Becca breaking down quietly.

I think a major problem some people are going to have with The Visit is Tyler. Oxenbould is good in the role but the character–a 13 year white boy rapper who doesn’t understand sexism yet–can be annoying. He is really annoying in that teen boy way but his relationship with Becca is really sweet. Their sibling camaraderie is nuanced and authentic and it was my favorite part of the film. Dejonge is also a natural actress, and she is enjoyably snobby but has a good, solid heart.

I saw Deanna Dunagan on Broadway in her Tony-winning role in August: Osage County and she was terrifying then and now. Her sweetness is counteracted by a nightmarish explosiveness. She molds her face into terrifying expressions and has an alarming gaze. McRobbie is terrific here also; his patriarchal stability feeling creepy and off-kilter. Kathryn Hahn delivers another lovely performance, showing warmth, humor and sadness in her few scenes.

The Visit isn’t perfect but I enjoyed the heck out of it. I have a soft spot for M. Night Shyamalan because he is one of the few mainstream directors of Indian origin (he and Tarsem Singh) and also because he rose to fame with small-to-medium budget films that showcased his talents. The film is funny and earns a few solid scares. Whether this film is a true comeback depends on the box office and critical reception, but it’s at least a giant step in the right direction.

'The Visit:' To Grandmother's House We Go!
'The Visit' brings Shyamalan back to his low budget horror roots, and it's a delightful horror/comedy.
Rating8
Pros
Cons
8Overall Score
Reader Rating: (0 Votes)
0%