Thanks to Artsploitation Films, the 2014 Argentinian vampire horror Children of the Night will be released worldwide to DVD, Blu-ray, and Video On Demand.  The film was written and directed by Iván Noel and stars Ana Maria Giunta (A King And His Movie), Sabrina Ramos (6 Bullets To Hell), Lauro Veron (They Returned), and Toto Muñoz.

The film, whose original title was Limbo, has the following synopsis:

Limbo is a secluded colony of child-vampires who are anything between 4 and 120 years old, all having all been victims of ‘shameless’ adult vampires. They are led by a formidable and deeply religious old ex-nurse whose destiny in life is to find these ‘lost souls’, and bring them of age in her colony. Through teaching, religious rituals adapted from the Catholic faith, and the occasional visit to local towns for blood, she is preparing them for what God had in mind for them: the replacement old the common and ‘deeply sinful’ human, and the creation a new race of men through ‘natural cloning’, or in more lay terms, their infection by her children. But they are not the only such colony in the world, nor are they as ‘secluded’ from outside threats as they think.

What is it with our collective obsession with demonic and/or vampire children? The subject isn’t original by any means– hello, Let The Right One In– and yet we still have a compulsion to see fanged kids tear peoples’ throats out.  Is it their physical age and perceived innocence that makes them so much more scarier than adults? Or is it the fact that, for some base, biological reason, the thought of killing children, even in self defense and even if they aren’t human, makes us uncomfortable? 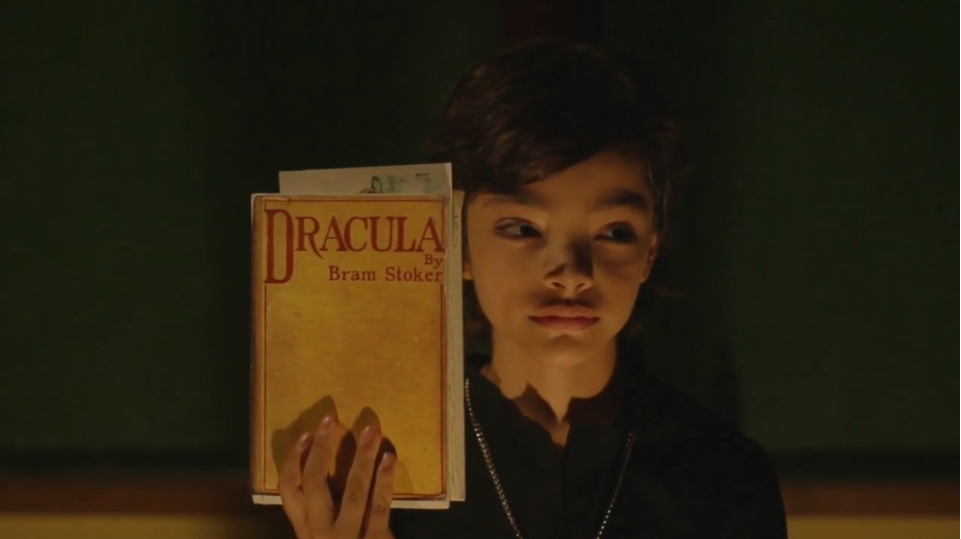 Kevan Farrow, of Scream Magazine, describes Children of The Night as “provocative in its confronting of a particular societal hysteria [which] takes its message seriously while also gleefully poking at this unease. It’s a playful, poetic horror film with a disquieting beauty among bursts of inventive violence.”

The trailer is atmospheric and creepy and everything one could ask for (if one is asking for a film about child vampires). Check it out and let us know what you think! The feature film will be released October 6th of this year.