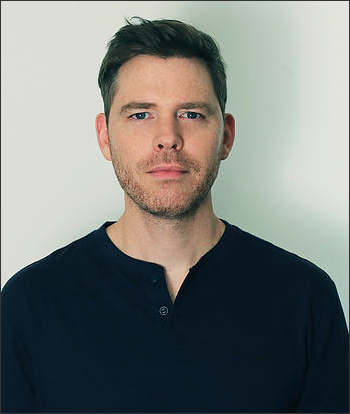 Over the summer we published a review of the slow-burning psychological horror film The Boy, starring Jared Breeze, David Morse, and Rainn Wilson.  The Boy was loosely based on a chapter titled “The Henley Road Motel” in Clay McLeod Chapman’s novel Miss Corpus.  Four years before the feature was released, the director of the film, Craig William Macneill, screened a short that he and Chapman created together titled Henley, which served as a more solid foundation for The Boy.  In 2011, Henley won the Grand Jury Prize for Best Short Film at the Gen Art Film Festival and was also selected to screen at The Sundance Film Festival.

Earlier this month, The Boy traveled to Europe, first making its international debut at the BFI London Film Festival, and then being featured at the Sitges International Film Festival.  We caught up with Craig William Macneill upon his return to the United States to talk about his brainchild The Boy:

What specifically in the source text for THE BOY struck you as cinematic?

I was drawn toward the rural isolation and loneliness of the characters and locations.  The chapter is set in a lush Virginia landscape which is also where we shot our short film, Henley.  But when it came down to the feature adaption I was really set on opening that up.  I  wanted the motel and the characters to feel small in comparison to their immediate environment so we buried them in the mountains of the American west.

What was the most memorable moment on set?

The first take. We spent weeks building our entire location and it was amazing to see the actors working in a structure that had previously existed only in our imaginations.

What were the most difficult aspects of writing the script, of casting the film, and of shooting it?

At its core, the story is about isolation and loss, and these themes play out in every aspect of the film’s design, photography and soundscape. The most difficult aspect of writing the script was to try and capture that mood and tone on the page.

In regards to casting and shooting, I’d say the most difficult aspect was our location.  The film is set in Colorado but we shot in Colombia, South America.  It was tricky to cast and shoot a crumbling-Americana 1980s period piece that was set entirely in Colombia.

Why do you think that audiences are so fascinated by evil children?

I think a child with a dark imagination and an urge to experiment with ideas and forces beyond their understanding or control can lead to some great storylines.

I think the first horror film I saw was Carpenter’s HALLOWEEN.  It scared the hell out of me!

Are you working on any new projects right now? If so, can you tell us anything about them?

I have a few things in the works but I probably shouldn’t talk about them just yet.  I’m superstitious!

What is a horror movie you can watch over and over again? What is a movie of any genre that you will never tire of?

The Shining.  And I’ll never tire of watching Wake In Fright and Hour of The Wolf.

What horror film would you recommend for someone who is new to the genre, as a gateway horror movie?