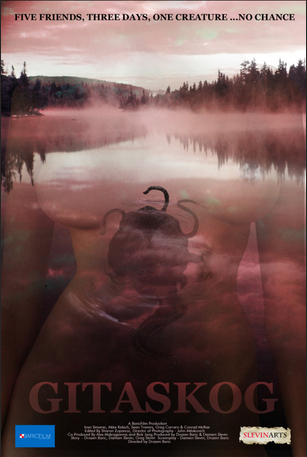 Have you been craving a horror film that combines a mythological creature, a camping trip in the woods, and sacred Native American territory, all wrapped up in a found footage package? If so, then boy do I have some good news for you!

Drazen Baric‘s new independent film Gitaskog as been forging a path to a wide release.  Wild Eye Releasing has recently acquired the distribution rights to the film, and last month it was announced that Gitaskog will have its premiere screening at the A Night of Horror International Film Festival in Australia.  The film stars Elena Semikina, Jonathan Matthews, Mike Kekich, Greg Carraro, Ivan Simanic, and Brandon Dhue.

Gitaskog is about “Five friends [who] embark on a camping trip to sacred Native territory and are warned to stay away. When they choose to ignore the warning they are confronted with strange occurrences, seductive apparitions, vengeful locals and a deadly behemoth. Their weekend of fun becomes a descent into hell.” The deadly behemoth that is mentioned is most likely the Algonquin mythological creature called– wait for it– the Gitaskog, which is said to be a bloodthirsty underwater horned serpent: 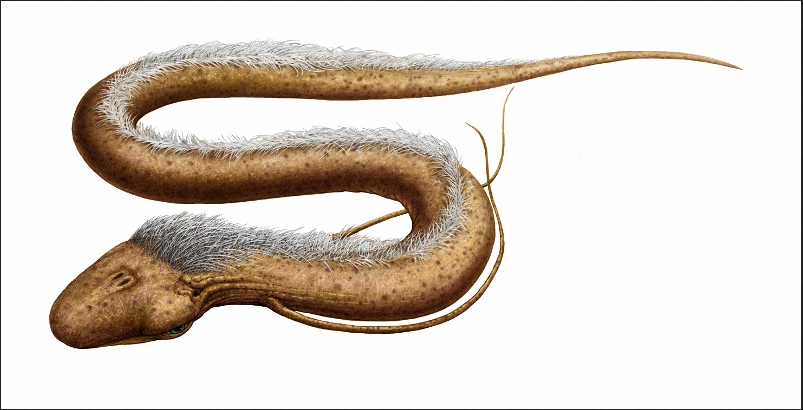 The trailer has been released and can be found below!