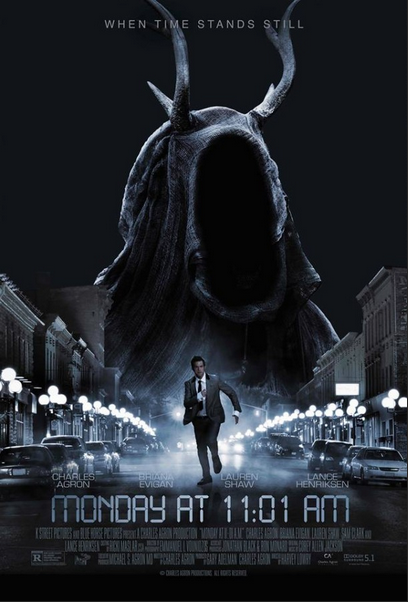 Harvey Lowry has a new movie coming out, and it looks like a whirlwind wrapped up in a roller coaster.  Written and co-starring Charles Agron, Monday at 11:01 AM is about a small town, a sinister hotel, and the fallible nature of the human mind.

“Monday At 11:01 A.M.” is a suspense thriller [about] Michael and Jenny, a young couple who find themselves in a  beautiful yet eerie mountain town where everyone seems strangely familiar. While Jenny busies herself in the small antique shops – Michael wanders into the local watering hole. The bartender dares Michael to check out Olivia, a sultry brunette in the corner. After a drink, Michael takes him up on the offer and moves  to sit next to her. The two begin an ominous flirtation with Olivia slipping him her phone number. Michael and Jenny decide to stay overnight at the dimly lit and aging hotel. During the night  Michael is jolted out of bed when he hears frantic screams from another room. When he calls the front desk for help, he is met with cold indifference. No one believes him including Jenny. As his hallucinations become more real through a series of horrific events, Michael finds himself desperately trying to walk the line between reality and the terror that awaits him.

The film stars Lauren Shaw, Lance Henriksen, and Briana Evigan.  No premiere date has been set, but an official trailer, as well as a few stills, have been released.  Check them out below! 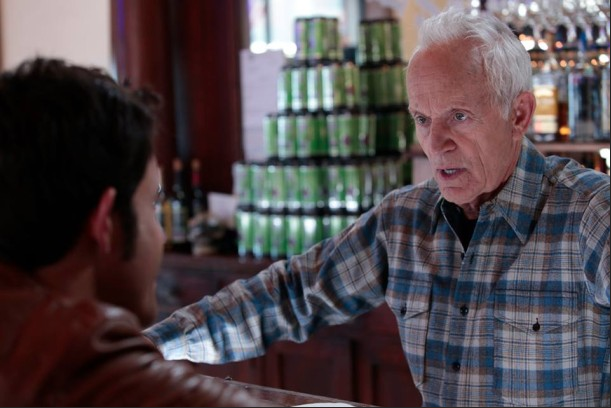 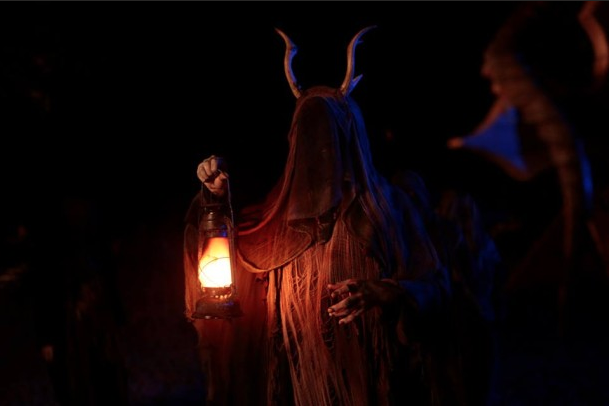 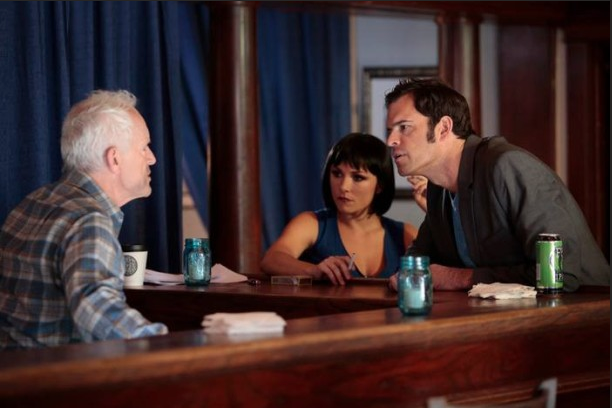 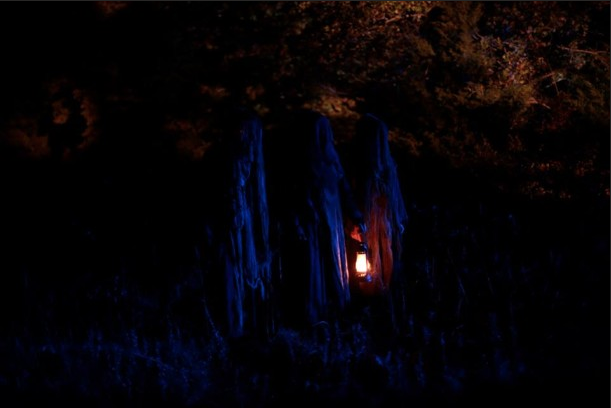