21st Century witches in the U.K. Need I say more? 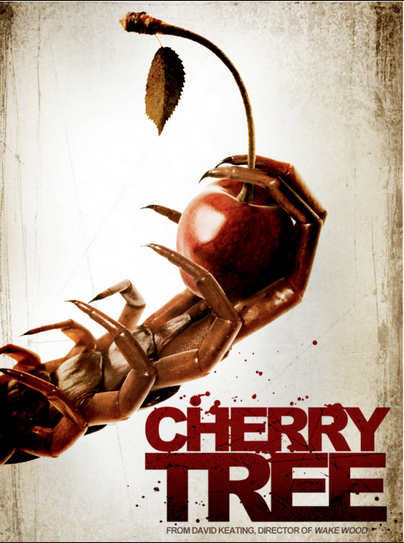 Over the summer, we heard of a new supernatural horror movie that was making its way through various film European film festivals.  The movie is titled Cherry Tree, and was written by Brendan McCarthy and directed by David Keating– the writer-director team who brought us Wake Wood in 2010.

Faith’s world is turned upside down after she finds out that her beloved father is dying. When the mysteriously alluring Sissy Young becomes her field hockey coach, Faith finds a compassionate spirit and much-needed mother figure. Little does she know that Sissy is the head of a centuries-old witches’ coven that uses the fruit of an ancient cherry tree in a secret ritual that restores life to the dead and dying. Offering to cure her father in exchange for a child, Sissy strikes a bargain with Faith, who suddenly finds herself pregnant with a baby that’s growing at an alarming rate. But with the clock to the child’s birth ticking down and the true intention of Sissy’s plans for humanity becoming more apparent, Faith and her father must stand together in order to save both their lives.

The official trailer has been released, and I gotta say: I am very excited for this film to be released in the United States.  It looks spooky, twisted, and delightfully sinister.  Plus, it’s about witches, and I’m a lifelong fan of all things witchy.  Check out the trailer below and let us know what you think!