A riddle, wrapped in a mystery, inside an enigma… 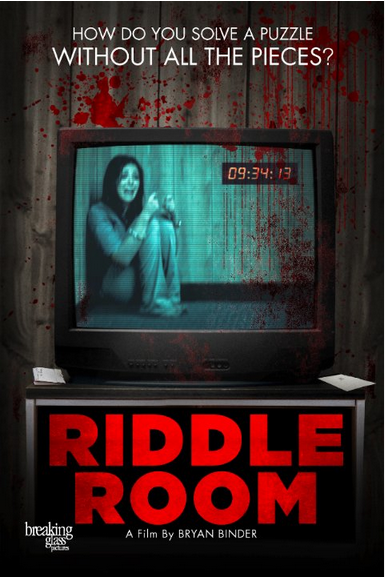 Who likes brainteasers? Probably not the protagonist in the upcoming horror-thriller Riddle Room.  Written and directed by Bryan Binder, this film is about the nightmarish scenario of being kidnapped, tortured, and questioned about things you don’t know anything about.

Emily Burns is being held captive in a room with no idea as to why or how she got there. Determined to escape and return to her daughter and husband, Emily discovers clues within the room that help explain what she’s doing there. They even provide clues about who she is…but will they help her escape?

Riddle Room stars Marisa Ruby, Erika Hoveland, Peter Carey, Tiren Jhames, and Daniel Usaj.  A release date has been set for February 16th, 2016 and a trailer has been dropped.  Check it out below!