We finally have an official still!

Over the past few months, we’ve been reporting the latest about the production of the sequel to the 2013 hit The Conjuring, which will be titled The Conjuring 2: The Enfield Poltergeist.  This new installment will return to the famous real-life paranormal investigators Ed and Lorraine Warren (played by Patrick Wilson and Vera Farmiga, respectively).  In this film, the Warrens travel to Enfield, England to investigate the Hodgson home, which is (allegedly) being targeted by a poltergeist.

Director James Wan has generously posted behind-the-scenes photographs on his Instagram, including a picture of the first day of filming, an adorable selfie of him and a canine cast member, and a picture of the London crew when production wrapped four weeks ago.  But an official still from the movie had not surfaced.

Yesterday, Entertainment Weekly posted a single shot from The Conjuring 2: The Enfield Poltergeist.  It’s an eerie scene: a young girl in a nightgown sitting on the floor of what appears to be a completely trashed bedroom, looking up at some unknown, but undoubtedly sinister, entity.  The shot is evocative of The Exorcist in the best way.  Take a look! 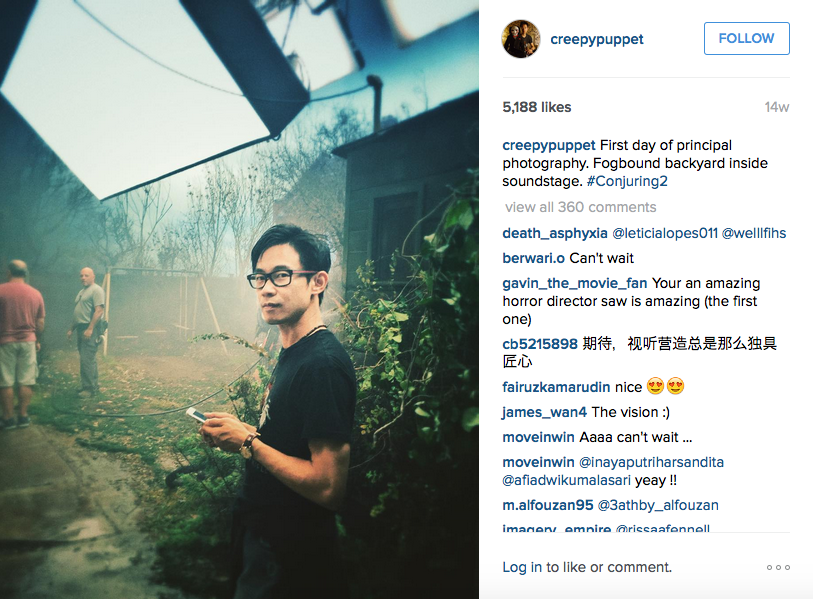 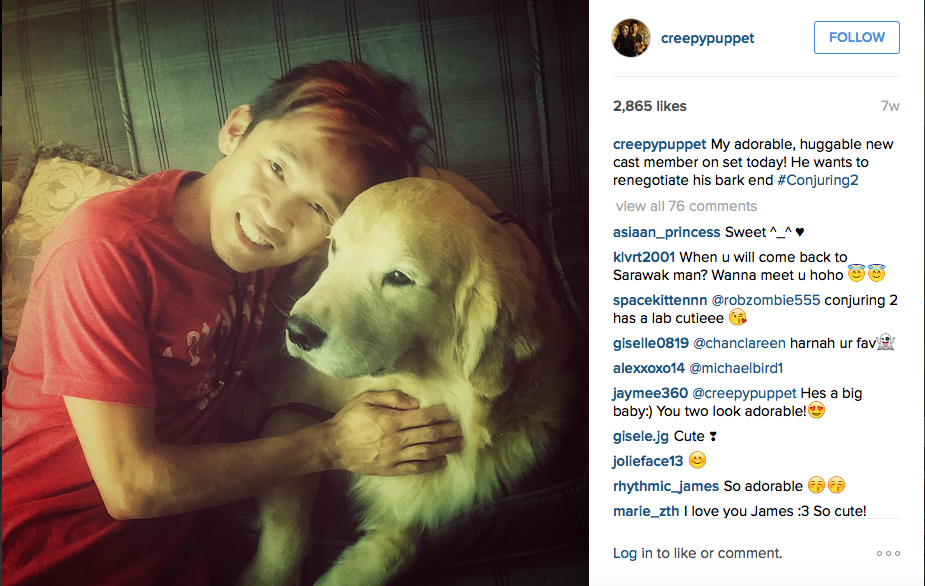