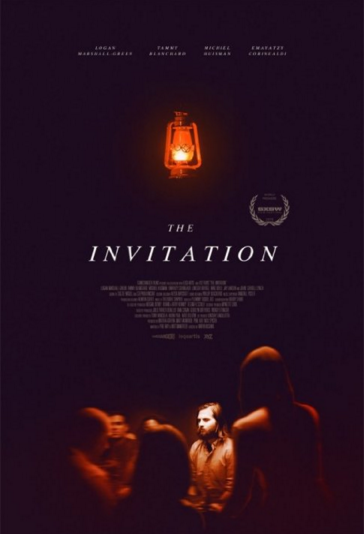 Last year, we wrote about Drafthouse Films acquiring the distribution rights for the festival hit thriller titled The Invitation.  Well, now we’re here to update you.  The film, written by Phil Hay and Matt Manfredi, and directed by Karyn Kusama, has a brand new teaser trailer and release date!

Will and Eden were once a loving couple. After a tragedy took their son, Eden disappeared. Two years later, out of the blue, she returns with a new husband… and as a different person, eerily changed and eager to reunite with her ex and those she left behind. Over the course of a dinner party in the house that was once his, the haunted Will is gripped by mounting evidence that Eden and her new friends have a mysterious and terrifying agenda. But can we trust Will’s hold on reality? Or will he be the unwitting catalyst of the doom he senses?

The Invitation stars Michael Huisman, Logan Marshall-Green, John Carroll Lynch, Emayatzy Corinealdi, and Tammy Blanchard.  The teaser is masterfully done: suspenseful and intriguing without giving away any details of the plot.  It will be available to view March 25th.  Save the date…if you dare.