Enter a world of madness and suffering. 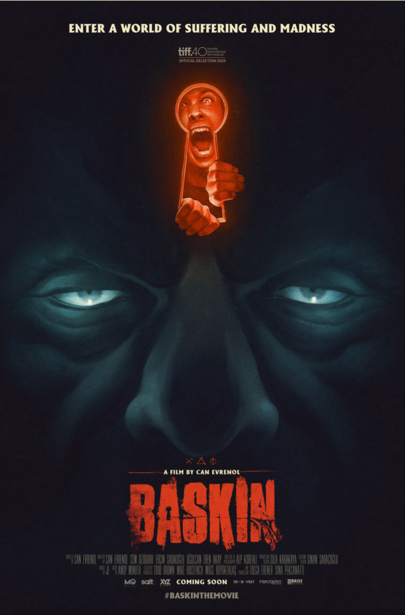 Over the summer, we shared the teaser trailer for Can Evrenol’s debut feature film titled Baskin.  The Turkish film premiered in September at the Toronto International Film Festival, and made such a huge splash that five studios bought the distribution rights, so people around the globe will be able to witness Evrenol’s film.  IFC Midnight happens to be one of the studios that purchased the rights, and so starting on March 25th, people in the United States can have a one hour and thirty-seven minute lesson in Turkish language and cinema.

Five cops working the graveyard shift in the middle of nowhere are dispatched to investigate a disturbance. Isolated and without back-up, they find themselves confronting a labyrinthine ruin. Pushing ever further into the depths of the lair, it becomes clear they have stumbled into the darkest pits of a terrible evil… a squalid and blood-soaked den of ritual led by The Father – the master of all their nightmares – who will plunge them ever deeper down the rabbit hole and into the very mouth of madness.

A new, full trailer has been released.  It’s confusing, gory, and absolutely intriguing.  On March 25th, Baskin will be available in select theaters and VOD.  Check out the trailer below!