Miss last night’s Scream? Don’t sweat it.  We have a recap for you. 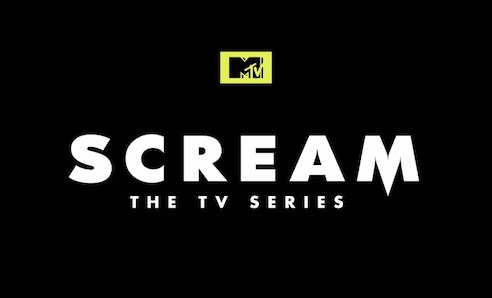 The episode begins immediately where it ended last week: with Emma sneaking around Troy James’ abandoned pig farm and finding childhood pictures of her and her mom, Maggie, tacked to the walls, and a skulking masked predator.  Emma runs screaming out of the building, urging Brooke to start the car so that the two can make their escape.

When Emma gets home, she immediately tells Maggie everything.  Maggie reveals that she knew about the pig farm all along: after Brandon James was killed by the police, his family moved there to avoid conflict with the people of Lakewood.  Oh, and Maggie used to take Emma there to visit when she was a little girl.  In the spirit of looking fear and the known in the face, Maggie and Emma go back to the farm and find…absolutely nothing.  The place has been cleared out.

The next morning, Emma goes to Kieran’s house to talk through the situation.  She thinks there’s a possibility that she checked out of the psychiatric hospital too soon.

At school, Noah meets up with Audrey and tells her that he thinks he might have a lead on who Piper’s mysterious accomplice is, based on some comments on his podcast of Emma’s interview.  The comments are from a guy who works the front desk at a local motel.  Noah plans to interview him to get more clues.

The rest of the Lakewood Six (minus one, of course) gather before class, and Brooke asks them if they’ve seen or heard from Jake; she hasn’t heard from him in two days and his parents are on vacation.  No one has heard from Jake because, if you remember, he was brutally murdered in last week’s episode.  Meanwhile, Audrey desperately tries to figure out her mystery stalker, who is still texting her.  She later agrees to accompany Noah when he interviews the commenter (with the moniker “Eddie Kruger”), and film it.

In Psych class, the teacher talks about nightmares and Brooke texts Jake to check in with him.  After class, Emma makes an appointment to talk to her teacher about her PTSD.  Apparently this teacher is a qualified counselor.  She also has an encounter with a mysterious new kid, who might be attending her school.  More on that later.

Brooke has a meeting with her father, who seems to be more concerned with his political career than he is with his daughter’s wellbeing.  He also seems to be completely disregarding any boundaries or concept of privacy, because all of Brooke’s text messages, including old ones from Jake, are being copied to his phone.  He has a photo op and pretty much forces Brooke to be a part of it. When Brooke leaves, he tries to call Jake.  The call rolls to voicemail.

After school, Kieran comes home to find that the new county sheriff and his aunt-slash-legal guardian are in his house.  Apparently there have been several noise complaints, and the adults think that Kieran shouldn’t be living on his own.  His aunt decides to move Kieran into her home.  In another state.

Brooke takes a trip to the police precinct to file a missing persons report.  She runs into the mystery guy, and he reveals that he’s been following the Lakewood Six story.  Just as she’s about to see the sheriff, she gets a text from Jake.  Or rather, from someone using Jake’s phone.  The text is an invitation to come over and hook up that night.

Meanwhile, Emma has her therapy sesh with her teacher in the local coffee shop, and has a flashback because it’s the same cafe where she met Piper.  It’s okay, though, because her teacher gives some good advice.  Her teacher, however, is secretly recording the session…

Kieran calls Emma to break the news that he has to move away, and obviously she’s devastated.  Lucky for her, Maggie is on it; she goes to have a talk with Kieran’s aunt to work something out.

Brooke sees flowers and note on her car and assumes that they’re from Jake.  She gets ready to go to his house for a night of making up and making out, and has to break the news to her father that not only is she not attending his event, she’s in a relationship with his sworn nemesis.

That night, Noah goes to the motel to interview Eddie Kruger.  Audrey’s nowhere in sight, but the interview is going well. Eddie tells Noah that Piper’s accomplice is a girl, and is about to go into more detail when he gets a call from someone using a voice modulator, threatening to kill him if he reveals any more details.  Who made the call? Audrey. She’s watching him from outside.  Eddie cuts the interview short.  When Noah leaves, Audrey catches up with him outside and acts like she’s so sorry she’s late.  Eddie told Noah about a storage shed filled with items that the motel’s guests have left over the years.  Noah invites Audrey to check it out with him the next day.

Emma goes to Kieran’s house, and is met with some good news, and some weird news: Kieran’s staying in Lakewood, but so is his aunt and the mystery guy, who is revealed to be Kieran’s cousin, Eli.

Emma and Kieran go to the dock where Emma was attacked by Piper, so that Emma could face her trauma head on.  She is successful and feeling good about herself, so she initiates a round of victory sex in Kieran’s car.  Afterwards, she decides to walk home.  By herself.  Because for a moment she seems to think that she lives in a town where nothing bad ever happens.

On her walk home, she is stalked, aggressively, by a car.  It’s her estranged father.  He’s back in Lakewood and wants to be there to support her, or something.

Later that night, Audrey goes to check out the storage unit by herself.  She finds a bunch of car air fresheners and…Jake’s disemboweled body.  With a note addressed to her pinned to it.